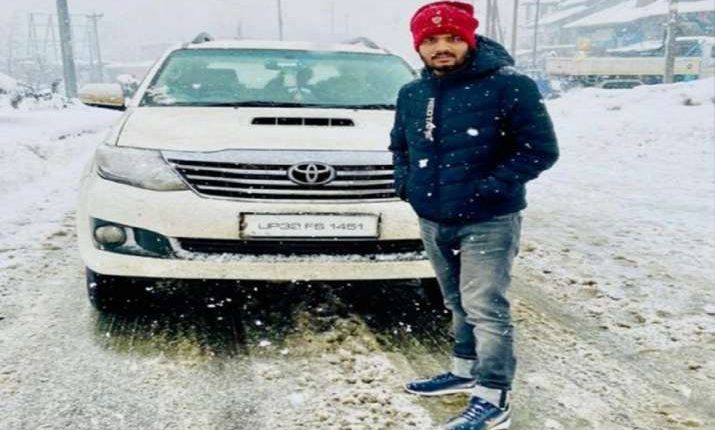 Greater Noida :  The son of BJP MP Kaushal Kishore was shot in his chest by some unidentified persons in the wee hours of Wednesday. According to the initial reports, Ayush, the son of BJP MP was on a morning walk during which he was shot at by the attackers.

”At midnight around 2:10 am police received information that a man has been shot by the unidentified assailants. Over the information, UP112 reached the spot and took the victim to the Trauma Center in the Chowk area. Latter the victim got identified as the son of MP Kaushal Kishore, For now, his condition is stable and recovering. During the incident, his brother-in-law Adarsh was also with him. On search, we recovered a pistol from his (Adarsh’s) house which smelled afresh” said Lucknow Police Commissioner in a statement.

As per the new update in the incident police have made the first arrest in the incident, who is a close relative of the victim, for allegedly shooting at him. The weapon used in the crime has also been seized.

Speaking to media network, the BJP MP said that “My son was living separately with his wife and brother-in-law, who informed me about the incident. I had no clue as to who could have attacked his son and why. Local police cooperating with us and I hope soon the culprits will be nabbed.”

Pride for CSIR that Prime Minister received vaccine with its adjuvant in it: CSIR DG