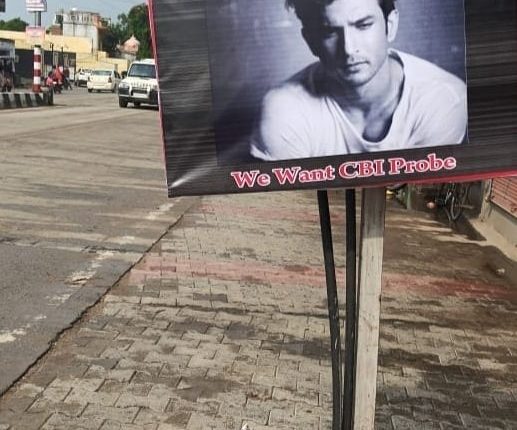 He was called to Santa Cruz Police Station, where he recorded his statement in connection with actor Sushant Singh Rajput’s death case. Bhatt stayed inside police station for about three hours.

Moreover, Mumbai police has said that filmmaker Karan Johar’s (in file photo) statement will be recorded this week in the Sushant Singh Rajput case.

Meanwhile, posters have come up across streets in Delhi and Patna to demand CBI enquiry in case of Sushant Singh’s death.

As many as 35 people, including renowned actors, directors and film critics have been questioned in connection with the death of actor Sushant.

Earlier on Sunday, Maharashtra Home Minister Anil Deshmukh had said that they had issued summons to Mahesh Bhatt. Along with that, he informed that Karan Johar’s manager too was summoned.

Later in the day, the CEO of Dharma Productions, Apoorva Mehta too was summoned.

Fortis Healthcare hands over cheque of Rs 2.5 crore to ICMR from CSR fund in the…