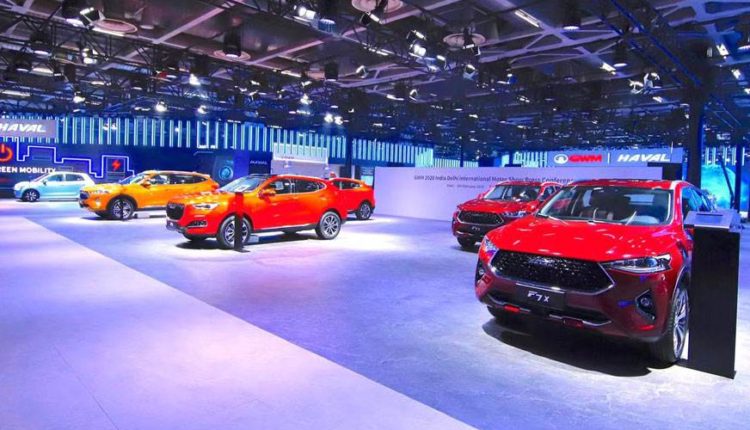 Make The Most Out Of Your Weekend At Auto Expo 2020: All Important Cars You Cannot Miss

One of the world’s premier auto shows – Auto Expo 2020 is underway at India Expo Mart, Greater Noida during 7th to 12th February, 2020.

The Auto Expo brings the best in the automotive world, in terms of products, technologies, concepts and trends under one roof.

The Expo provides for lifetime experience with stunning and shining electric cars, concept cars, super cars like lamborghini, bikes, gaming zones (at particular halls) and your favorite celebrities at the venue.

If you’re planning to visit the expo, then below are the cars / halls that you just should not miss:

India’s largest manufacturer has an array of its existing cars such as the S-Presso and WagonR on display. However, the big-ticket is the unveiling of the Futuro-e coupe SUV concept (previews design philosophy of future Maruti SUVs) along with the petrol-equipped Vitara Brezza facelift and S-Cross.

You’ll also see the recently unveiled Ignis facelift and the JDM-spec Swift hybrid that gets features like cruise control, paddle shifters, ventilated seats, and an Eco mode. But there’s one car on display that oozes more X-factor than all the others. It’s the Jimny! You don’t want to miss this one.

The French carmaker has unveiled the Triber AMT in a dual tone-spec. It gets new 15-inch alloy wheels and a different seat cover setup. It is accompanied by the Duster Turbo (the most powerful compact SUV), Kwid EV, Zoe EV as well as the Symbioz and Vision 2027 concept. Renault has also set up screens with specifications of the showcased cars so you have a clear idea of what you’re looking at.

Tata Motors has struck the nostalgia chord with the Sierra concept and teased us with the exciting HBX concept. Also prepare to see the Altroz, 2020 Harrier, Gravitas, Hexa Safari Edition, and the Altroz EV.

The Korean carmaker is showcasing the Tucson facelift as well as the Grand i10 Nios’ 1.0-litre turbo variant, which you should definitely check out. The second-gen Creta, which will be launched in March, is also on display.

The manufacturer has an expansive lineup of EVs, SUVs, sedans, and iconic cars of the bygone era. Don’t miss the Gloster, ZS SUV, RC-6 sedan, Hector six-seater, and the G10 MPV.

The Kia pavilion is as hot as last year! The Korean manufacturer has showcased the Sonet sub-4m SUV concept and launched the Carnival MPV. These are accompanied by a few global products from the Kia lineup as well as fascinating concepts.

Mahindra is showcasing an array of new engines and concept models this year. Make sure to check out the Funster concept, XUV300 Sportz and electric, e-KUV100, and the big, burly Alturas.

The new Chinese manufacturer is giving us a bird’s eye view of all of its products that are on sale in multiple markets. We have seen and touched these vehicles and must admit that the quality of materials is quite commendable. GWM has showcased Haval Vision 2025, F5, F7, F7x, H9, and a bunch of its affordable electric cars including the R1.

Mercedes-Benz is the only luxury brand showcasing its might, and how! It has an expansive lineup of products from the A-Class limousine, V-Class Marco Polo, and EQC electric car to GLA SUV and the AMG GT 63 S 4-door.

The Volkswagen Group has made a grand re-entry at the expo with an array of India-spec models. The VW corner features T-Roc, Tiguan Allspace, Taigun SUV, and VW ID.Crozz. On the other hand, the Skoda pavilion has the upcoming Rapid TSI, Karoq, Superb facelift, Vision IN, and Octavia RS245.

The tickets for Auto Expo 2020 can be brought online from Bookmyshow.com

RALSON India introduces -120/80-18, the innovative and eco-friendly Tyre for motorcycles at Auto EXPO 2020