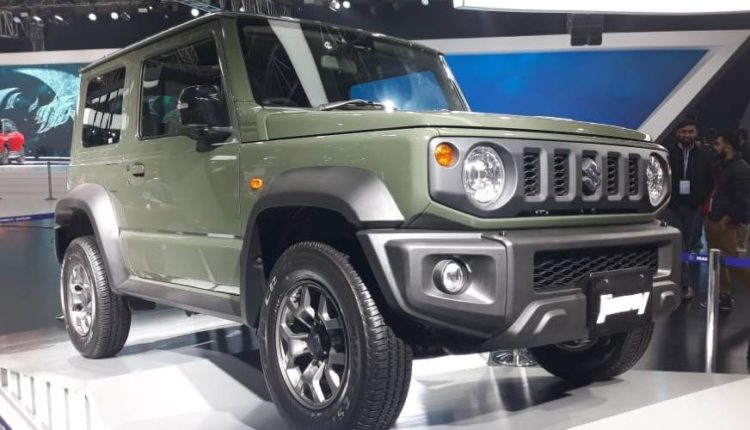 Greater Noida, 8th February: Maruti Suzuki today launched its highly anticipated SUV Jimny at the Auto Expo 2020 to up its SUV game. This model is the bigger Suzuki Jimny Sierra, sold in Europe, instead of the shorter Kei car version of the SUV that is sold in Japan. The reigning 2019 World Urban Car of the Year may be rebadged Gypsy for India – since that model has had a cult following in urban and rural India. But the Jimny name has also been catapulted to stardom in India over the past few months.

Maruti Suzuki says that the Jimny has been showcased at Auto Expo just to assess response of the Indian consumers to the product. If and when it arrives, the Maruti Suzuki Gypsy/Jimny is likely to be sold via the Nexa retail channel and will have a premium positioning. This will help separate it from sibling Vitara Brezza, which will continue to sell through the Maruti Suzuki Arena retail channel.

The new car will offer a 5-Speed manual transmission as standard, with the option of a 4-Speed torque convertor automatic on a few of the top-end variants. The automatic is the same gearbox we see on the Maruti Suzuki Ciaz too. Globally, the SUV also comes with Suzuki’s All Grip Pro 4×4 system, however, whether the Jimny will get it in India or not in unknown. Also, the company may also introduce the Gypsy/Jimny in India with the SHVS or mild hybrid system as standard – though this remains unconfirmed.

RALSON India introduces -120/80-18, the innovative and eco-friendly Tyre for motorcycles at Auto EXPO 2020