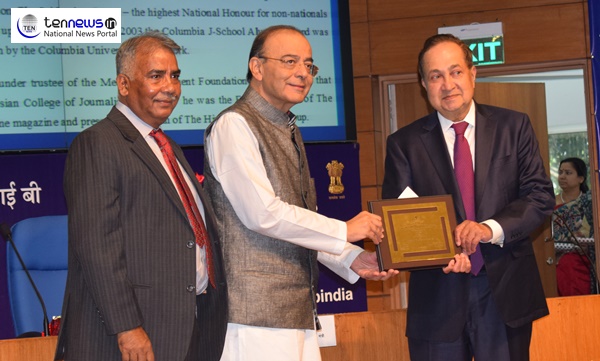 The Event saw the Release of Souvenir marking the occasion of National Press Day with the discussion on “Journalistic Ethics And Challenges in Digital Age” and Award Ceremony for conferring of National Awards for Excellence in Journalism 2018 as well as the Norms of Journalistic Conduct updated edition 2018.

“Censorship on media is not possible now because of technology. if the emergency was ever to be reimposed, it would collapse for the simple reason that one of the strengths of the emergency was Press censorship and technology does not permit a press censorship today. The greatest challenge before media is to retain its credibility. Technology has made that putting pressures on media is next to impossible due to the growth of social media.”

“Regulating media is unacceptable and Press Council work relentlessly to uphold the integrity and impartiality of the media.”

Breaking: This Is How Statue Of Unity Looks From Space. See First Image