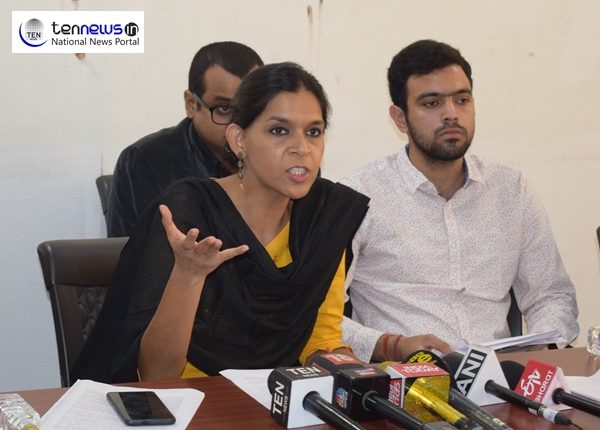 New Delhi: The Akhil Bharatiya Vidyarthi Parishad (ABVP) the students wing of the RSS, on Thursday asked DUSU President Ankiv Baisoya to resign from his post and also expelled him from all the responsibilities of the organization till the inquiry is over in fake degree case.

Leading to that on Friday, NSUI & AISA Jointly held a Press Conference and alleged that, Delhi University turned a blind eye against on-record violence by ABVP candidate and clearly failed in its duty to verify documents submitted by ABVP’s Ankiv Baisoya.

“This institutional capture by the RSS-BJP was exposed when DU Admin gamely tried to delay cancellation of Ankiv Baisoya’s admission to pass the 2-month period stipulated by Lyngdoh Guidelines for fresh elections. It is a shameful prostration of those in charge of shaping young minds into curious and engaged citizens in service of thugs and cheats.”

She further said, “However, legally, logically and politically, all this has been for nought. There are only 2 possibilities in front of Admin now fresh elections are called or DUSU President runner-up Sunny Chhillar is declared President.”

“Being a student of Delhi University is a non-negotiable requirement to contest Delhi University Student Union elections. DUSU President eicctions where a fake student contested and won the post of President is thus null and void. Now there are two possibilities. fresh elections are called or DUSU President runner-up Sunny Chhiiiar is declared President. There is No question of ABVP’S Shakti Singh who is currently DUSU VP to be promoted to President.”