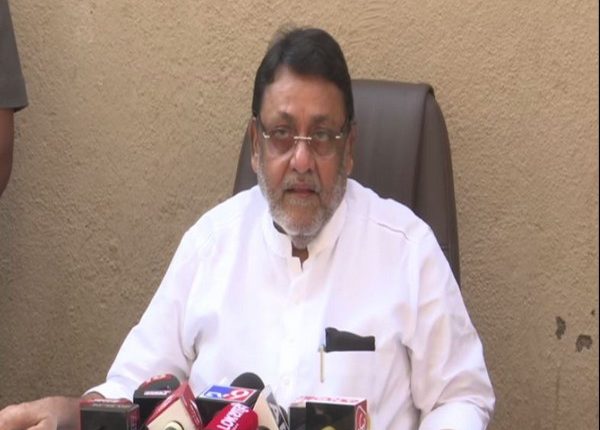 Mumbai, Nov 30, 2022: A special court on Wednesday rejected the bail plea filed by NCP leader and former Maharashtra minister Nawab Malik pertaining to a money laundering case. Malik has been in jail since his arrest in February this year.

The Enforcement Directorate (ED) had labeled allegations against Malik had illegally occupied “Kurla General Store” in Goawala buildings compound at Kurla West in 1996, and he had usurped has entire premises with the help of
Haseena Parkar, late sister of gangster
Dawood Ibrahim, after becoming a state minister a few years later.

Additional solicitor general (ASG) Anil Singh appearing on behalf of the ED denied Malik’s contention that his arrest itself was illegal.

The ASG said ED has found substantial material and witness statements to prove Malik’s alleged involvement in the conspiracy to allegedly usurp property in Goawala compound as well as laundering.