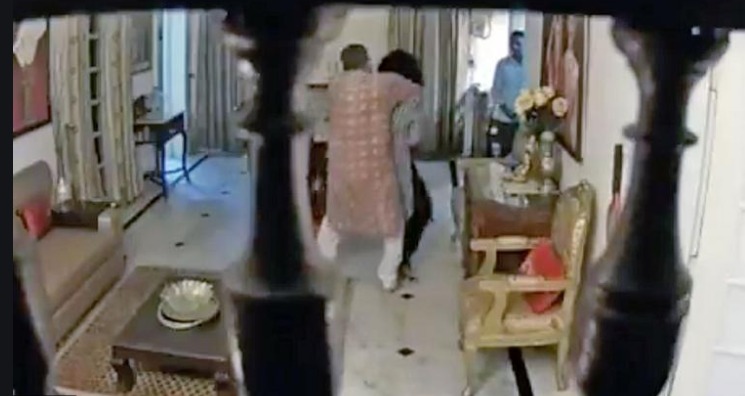 The Madhya Pradesh government on Monday relieved Additional Director General (ADG) Purushottam Sharma from his official position, hours after a video of the senior cop beating his wife had gone viral on the social media.

In the 1.36 minute undated video, Sharma is seen purportedly beating his wife in his living room, while two other people are trying to control the situation.

Sharma has repeatedly denied the charges and has said that it was his wife who was continuously stalking him by using CCTV cameras in the house.
“If I’m abusive, then she should’ve complained. This is a family dispute, not a crime. I am neither a violent person nor a criminal. It is unfortunate that I have to go through this,” Sharma told reporters.

The former senior cop however, admitted that they did have had a serious altercation in past and his wife had even lodged a formal complaint in the year 2008.
“But the point is since 2008 she has been living in my house, enjoying all facilities and travelling abroad at my expenses,” Sharma said explaining his point.

However, since the video went viral a number of activists and others have condemned the act and demanded an explanation from the former cop.
“Men think that women are just commodities. This act by a top-rank officer, from whom people draw inspiration, is condemnable. Whatever issues are there between a husband and wife, can be resolved through dialogue. This type of behaviour is not tolerable,” said activist Varsha Mishra from Kanpur, demanding strict action against the officer and justice to the victim. “Strict action should be taken against him even if he is a police officer.”