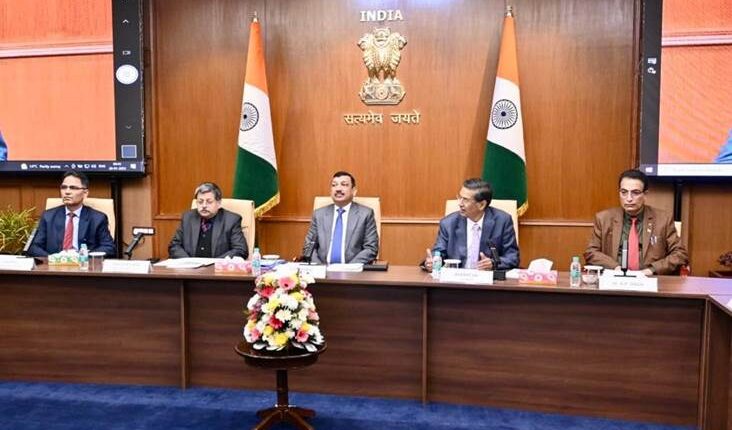 New Delhi (22/01/2023): With renewed vigour, National Centre for Good Governance (NCGG), an apex-level autonomous institution of Government of India, is expanding and scaling up its activities to in accordance to the Prime Minister Narendra Modi’s vision of Sabka Saath, Sabka Vikas, Sabka Vishwas and Sabka Prayaas to improve the quality of life people of the country as well as of neghbourhood. A two-week capacity-building programmes for the civil servants of Bangladesh, Maldives and state of Arunachal Pradesh was held from the 9th January to 20th January, 2023. The programme was attended by 87 officers comprising 39 civil servants from Bangladesh (56th batch), 26 civil servants from Maldives (20th batch) and 22 civil servants from Arunachal Pradesh (1st batch).

In a first, officers from Arunachal Pradesh were trained at NCGG, both at Mussoorie and New Delhi. This is in furtherance to further improve the governance and public service delivery in North-East and border states as directed by Dr. Jitendra Singh, Minister of State, Ministry of Personnel, Public Grievances and Pensions. An MoU was signed with NCGG in 2022 to train 500 officers of Arunachal Pradesh over the next five years.

Upholding the spirit of Prime Minister Narendra Modi’s ‘Neighbourhood First’ policy, NCGG in partnership with the Ministry of External Affairs, Govt of India has been helping neighbouring countries among others, in building capacities of their civil servants. NCGG designs and implements capacity-building programmes that focus on various aspects of good governance and transparent administration for assured public service delivery to improve the quality of life of people.

For the first time, sessions were held jointly to facilitate intellectual interactions and deliberations among participants from three countries. The two-week capacity building programme was scientifically tailored by the NCGG team and included the exchange of vast information, knowledge, new ideas, and best practices that promote citizen-centric governance. The sessions for each training programme were firmed up by the NCGG faculty based on the need of the respective countries and in consultation with Indian Missions. This capacity-building programme will help the civil servants in putting up dedicated efforts to fill in the gaps between policies and implementation in their respective countries/ states.

In this 2-weeks programme for the civil servants of Bangladesh, Maldives and state of Arunachal Pradesh, civil servants interacted with domain experts on diverse topics, viz. e-governance, the vision of India @ 2047 and the role of civil servants, decentralised municipal solid waste management, digital India, potential & challenges of the power sector in Arunachal Pradesh, approach to SDGs by 2030, health governance in India, climate change and its impact on biodiversity – policies and global practices, anti-corruption practices, LiFE, circular economy, etc. among other important areas.

The valedictory session was held on the 20th January and was graced by S K Jaiswal, Director, CBI. In his valedictory address, he emphasized the decisive and multi-pronged action taken against corruption in India. Dwelling deep, he detailed how a number of preventive steps taken by the government with the massive use of information technology and emphasis on ensuring transparency, to root out corruption with huge success. Transparency, accountability, and centrality of citizens have become the hallmark of today’s governance in India, he added. He also congratulated Bharat Lal, DG, and his team for imparting such a meaningful programme for the civil servants of Maldives, Bangladesh, and state of Arunachal Pradesh.

As the role of government and the future of public service delivery is constantly evolving, so does the role of civil servants. Considering all the challenges NCGG designs capacity building programme that further helps in improving the quality of life of people.

In his address, Bharat Lal, DG gave actionable advice to the participants to translate their learnings by preparing a plan of action and implement the same to improve the quality of life of their citizens. He emphasized that the capacity-building programmes designed by the NCGG are in consonance with the Prime Minister Narendra Modi’s ‘Neighbourhood First’ policy and upholds the spirit of ‘Vasudhaiva Kutumbakam’. He urged the civil servants to create an enabling environment for citizens to realize their full potential and no one is left out. In today’s India, all programmes/ schemes are all inclusive and focused on improving the quality of life people. The need of the poorest of the poor is addressed by the government in a transparent and without leaving anyone. 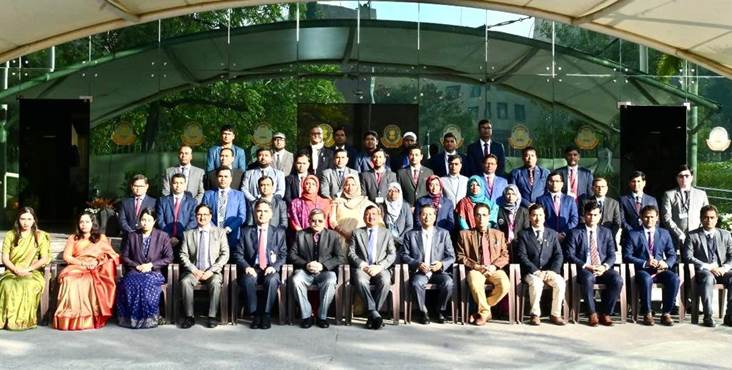 On the last day in the session on anti-corruption strategy, Pravin Sinha, Special Director and Anurag, Joint Director, CBI and P. Daniel, Secretary, Central Vigilance Commission along with other officers took sessions about preventive steps, transparency and on use of technology to root out the corruption and ensure good governance.

The National Centre for Good Governance was set up in 2014 by the Government of India as an apex-level institution in the country with a mandate to work on good governance, policy reforms, training, and capacity building of civil servants of India as well as other developing countries. It also works as a think tank of the government. In partnership with the Ministry of External Affairs, NCGG has imparted training to civil servants of 15 countries, so far, viz. Bangladesh, Kenya, Tanzania, Tunisia, Seychelles, Gambia, Maldives, Sri Lanka, Afghanistan, Laos, Vietnam, Bhutan, Myanmar, and Cambodia. Known for content and delivery, the capacity building programme is highly sought after and NCGG is expanding its capacity to accommodate a higher number of civil servants from various countries as well as various states/ UTs of India as per their requirement.