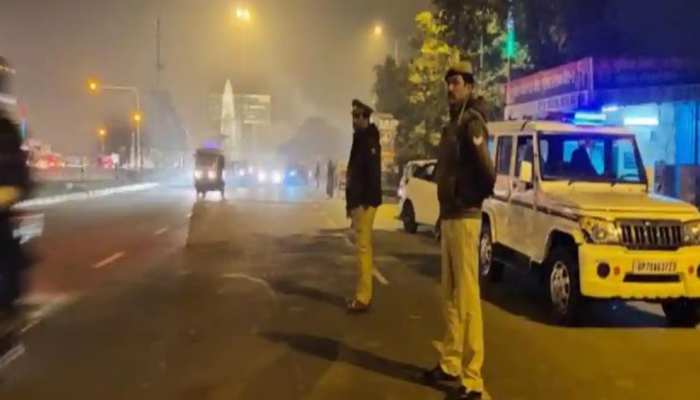 Greater Noida:   In an attempt to curb rising COVID-19 cases in the district, the Gautam Budh Nagar administration on Thursday announced to impose night curfew in Noida and Greater Noida starting from today till April 17, 2021.

The administration decided to impose a night prohibition or regulation order in the district of Gautam Budh Nagar from 10 pm to 5 am till April 17.

During night curfew hours, those going for vaccinations and the movement of essential services will be allowed with e-passes.

Private doctors, nurses, other medical staff and journalists will be allowed on the streets with ID cards. Exceptions will also be made for pregnant women and those needing treatment.

Those travelling to or from the airport, train and bus stations will be allowed on the road if they produce their tickets.

The district administration has barred all government, private educational institutes (except medical, paramedical and nursing) including coaching institutes from holding physical classes till April 17.

However, all exams including practical’s shall be held as per the schedule and are exempted from the order.

The order issued by the District Magistrate, Suhas L Y stated that there shall be intensive enforcement of masks and other COVID protocols in public places including workplaces, by police/incident commanders and by concerned departments.

CoBRA jawan kidnapped by Naxals during BijapurAttack on April 3, has been released