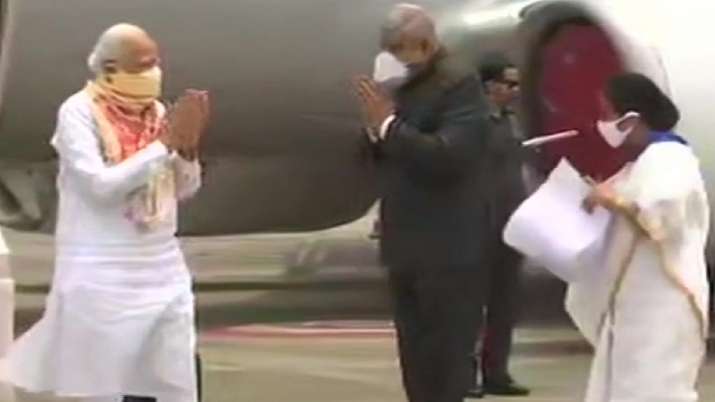 Thereafter, Prime Minister chaired a meeting of all the senior officers of the State and Central Governments to review the relief and rehabilitation measures being undertaken in West Bengal. He announced a financial assistance of Rs. 1,000 crore, for immediate relief activities, to the State of West Bengal. After receiving Memorandum of Assistance from the State, Union Government will deploy an Inter-Ministerial Team to visit the state to assess the extent of damage in the State, based on which further assistance will be given.

Prime Minister expressed his complete solidarity with the people of West Bengal and expressed deep sorrow to the families who have lost their kin during the calamity.  He announced an ex-gratia of Rs. 2 lakh to the next of kin of the deceased and Rs. 50,000 to the seriously injured in the cyclone in the State.

Prime Minister assured the people of the State that the Union Government would closely work with the State Government at this difficult time, extend all possible assistance for restoration and rebuilding of the infrastructure in the affected areas.

This was the second visit of the Prime Minister to the state of West Bengal this year, which is the only state apart from Uttar Pradesh, where he has had multiple visits this year. Prime Minister had earlier this year visited West Bengal on 11-12 January whereby he had attended the 150th Anniversary celebrations of Kolkata Port Trust, dedicated to the nation four refurbished heritage buildings in Kolkata and had also visited Belur Math.