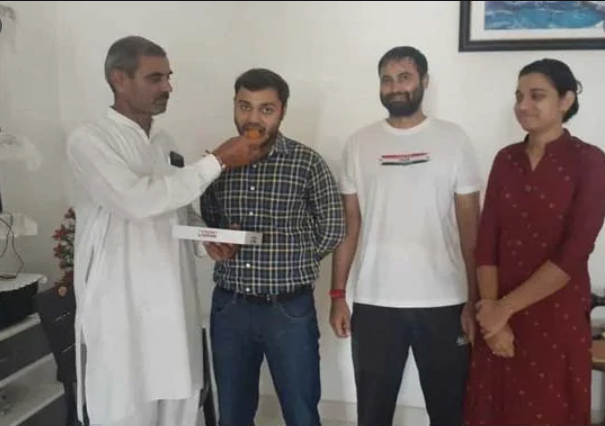 For Pradeep Singh, 29, the first of week of August couldn’t have been happier. While he is also among millions who dream of becoming an IAS, Singh, not only cleared the exam but also found his name at the helm of prestigious IAS toppers list.

His father, a former sarpanch of Tewari village in Sonepat and currently lives at Omaxe city in Sonepat.

Moreover, it’s not just his first stint with the IAS as he had also cleared it last year, scoring an all India Rank of 260.

Hence as a 2019-batch Indian Revenue Service (customs and central excise) officer, he is undergoing probation at the National Academy of Customs, Indirect Taxes and Narcotics (NACIN) in Faridabad, cleared the exams in his fourth attempt.

“After completing my graduation I took coaching for Staff selection commission (SSC) and got first job as Income Tax officer in Delhi five years ago,” he told a media outlet talking about his first job.

Singh also says that it was his father who encouraged him to become an IAS. “My father is the biggest inspiration for me to follow this dream of becoming an IAS. I want to get into civil services and serve the farming community,”

A total of 829 candidates have been selected to various Civil Services through the 2019 edition of the exam.