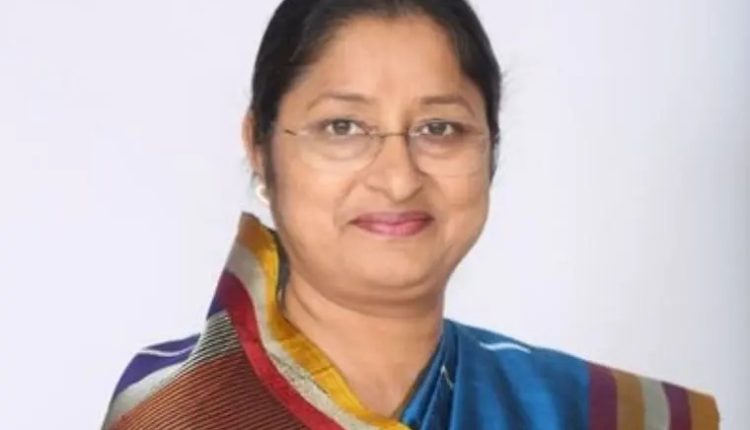 Preservation and promotion of Indian languages crucial for the unity and integrity of nation: MoS Education

Ministry of Education and University Grants Commission organised a national webinar on Strengthening Indian Languages for Holistic Educational Attainment today, as part of the webinar series on Good Governance being held from 17th September, 2021 to 7th October, 2021. Minister of State for Education Annapurna Devi was the Chief Guest for the webinar.

Addressing the inaugural session, Annapurna Devi talked about the vision of Prime Minister towards Atmanirbhar Bharat. She stressed that preservation and promotion of Indian languages is crucial for the unity and integrity of nation. She highlighted that Indian languages have not received their due attention and care, with the country losing over 220 languages in last 50 years alone. The Minister said that teaching and learning of Indian languages need to be integrated with school and higher education at every level.

Annapurna Devi stated that the National Education Policy will act as a medium of connectivity between local to global by creating an opportunity for teaching-learning in regional dialects and Indian languages. Further, she mentioned that the nation’s development is possible only by strengthening and preserving our Indian languages. Devi emphasised the importance to extend academic and social support to strengthen Indian languages for holistic development of the education sector including learners and teachers.

Amit Khare, Secretary, Higher Education while addressing the webinar touched upon the benefits of learning in our own mother languages such as developing critical thinking, building better understanding of knowledge system, etc. Khare elaborated the role of NEP to revive Indian languages that are being extinct.

Prof. D.P. Singh, Chairman, UGC in his opening address talked about UGC’s initiatives towards building different language centres for promoting Indic languages. He said that we are collectively working on the development of Institute of Translation & Interpretation all across the country with the implementation of NEP 2020. Further delivering his speech, he also mentioned the key role of NEP in promoting Indian Languages, Multilingual Education, arts and culture in country.

Prof. Sachhidananda Joshi, Member Secretary, Indian Gandhi national Centre for the Arts in his keynote address urged upon changing our perception of Indian languages. Majority of the knowledge is conceived from the age of 0-6 years and this is a crucial period of educating the young minds in their mother languages, he added. He talked about the linkages between culture and education as the two being inseparable yet independent. He urged to accommodate different words from different languages to enrich our dictionaries and vocabularies.