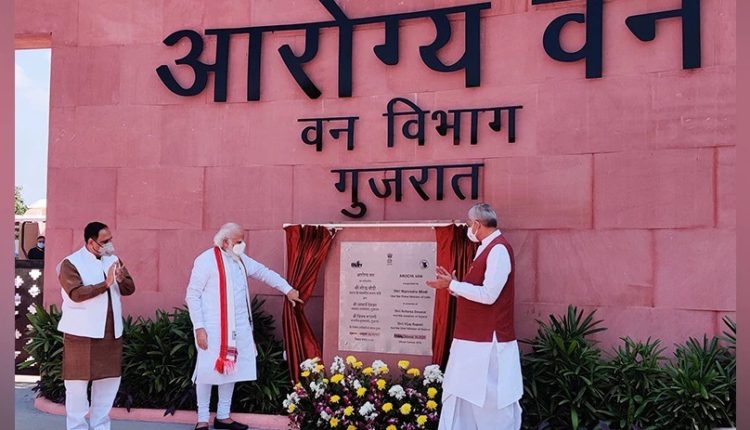 Arogya Van has 5 lakh plants of 380 different species spread over an area of 17 acre. Arogya Kutir has a traditional treatment facility named Santhigiri wellness centre which will provide healthcare based on Ayurveda, Siddha, Yoga and Panchakarma.

The Mall displays a diverse range of handicrafts and traditional items from all over India symbolizing unity in diversity and is spread over 35000 sq ft. The mall consists of 20 Emporia each representing a specific state in India and is built in just 110 days.

It is the world’s first ever technology driven nutrition park for children and is spread over an area of 35000 sq ft. A Nutri Train runs across the park to various exciting theme based stations namely ‘Phalshaka Griham’, ‘Payonagari’, ‘Annapoorna’, ‘Poshan Puran’, and ‘Swastha Bharatam’. It will raise nutritional awareness through various edutainment activities like Mirror Maze, 5D Virtual reality theatre and Augmented reality games.