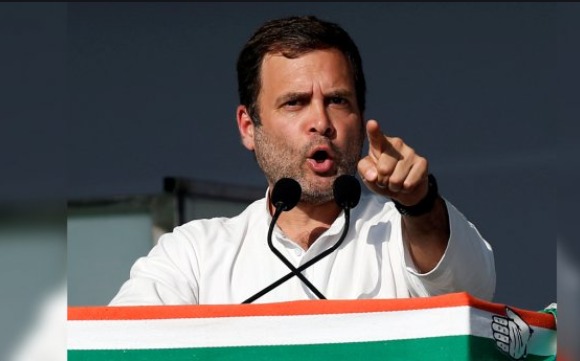 Rahul corners Modi over VVIP aircraft, says soldiers being made to travel in non-bulletproof trucks

Launching a scathing attack on the Centre over the purchase of two VVIP aircraft – one of which arrived in the country few days back – Congress leader Rahul Gandhi on Saturday said that soldiers are being sent to become “martyrs in non-bulletproof trucks” while the government has Rs 8,400 crores aircraft for Prime Minister.
“Our jawans are being sent in non-bullet proof trucks to get martyred and for the PM — Rs 8,400 crores aircraft…. Is this justice?” read Gandhi’s tweet, translated in English from Hindi.
He also tweeted a video where several purported soldiers, enclosed within a moving vehicle, can be heard discussing how sending people in non-bulletproof trucks was a dangerous prospect.

This is not the first time that Gandhi has brought up the VVIP planes. Last week, Gandhi raked up the purchase of two VVIP aircraft during a rally in Punjab.

“On one hand, PM Modi has bought two aircraft worth Rs 8,000 crores. On the other hand, China is at our borders and our security forces are braving harsh cold to protect our borders,” he had said.