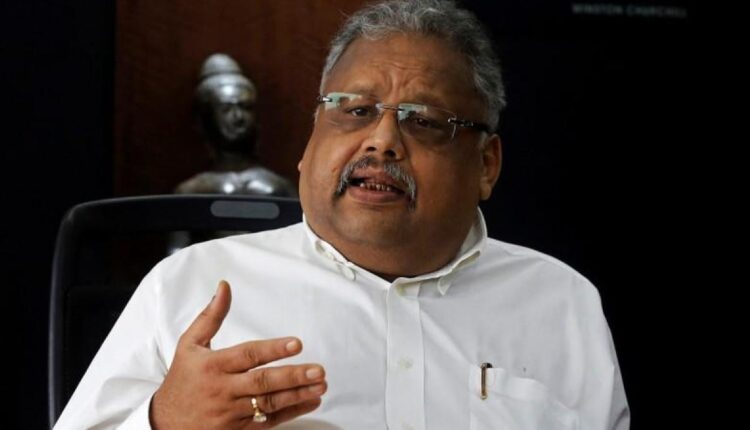 Rakesh Jhunjhunwala: A Dalal Street legend whose wisdom will live on

Mumbai (14/08/2022): An Indian investor with a midas touch, Rakesh Jhunjhunwala is often referred to as India’s Warren Buffet. Born on 5th July 1960 in Hyderabad, he was the 36th richest man in India.

He was a chartered accountant by profession and had his asset management firm called Rare Enterprises in the earlier days of his career.
He grew up in a Rajasthani family in Mumbai and is said to develop an interest in the stock market because of his father.

Jhunjhunwala is said to have first invested in the stock market with his savings of Rs. 5000 only. Today, his investment has grown to Rs. 11,000 crores.

His first big investment was in Sesa Goa. Between 1986 and 1989, he earned about Rs. 25 lakh profit. After that, the market was said to take a fall during which he invested in Tata Power which totaled his profit to almost Rs. 50 lakhs. He is said to have purchased four lakh shares of Sesa Goa worth 1 crore, some of which he sold and soon his profit increased to Rs. 2.5 crores.

He is known for his quick mind, trading predictions and the exact when, where, and what of the stock market. People often wonder how Jhunjhunwala knows exactly where to invest and what to trade, and was soon known to be the ‘Big Bull of Dalal Street.’

He was an inspiration to countless people who wanted to invest and profit from the stock market.

As of 2021, his biggest investment was with Titan Company worth Rs. 7294 crores.

He never gave up on his love for Tata companies and had invested in all of its subsidiaries. He was known to be the one who invested a great deal in Tata Power during the huge recession of 1986 which gave him a profit of Rs. 55 lakh.

He was known for his stock market mantras like, “buy when others sell and sell when others buy”, “respect the market and have an open mind, know when to stake and know when to take a loss” and “never make hasty decisions, take your time.”

In 2022 he launched his own low-cost airline called Akasa Air in partnership with former Jet Airways CEO Vinay Dubey.
He was never afraid of failures, always made rational decisions and was known for his ‘bullish’ outlooks. The business tycoon married Rekha Jhunjhunwala in 1987 and the couple had three children.

Rakesh Jhunjhunwala, the ruler of the Indian stock market and a man of indomitable spirit will be missed by many.
“Whatever you can do or dream you can begin it. Boldness has genius, power, and magic in it”, he used to say, a word of wisdom which will continue to inspire many, today and tomorrow.