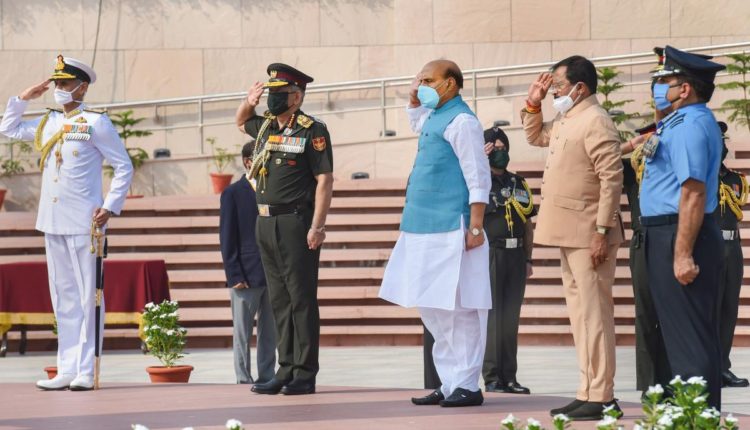 Raksha Mantri wrote a message in the visitors’ book at the War Memorial, “On the occasion of Kargil Vijay Diwas today, I pay my obeisance and salutation to the brave soldiers of the Indian Armed Forces who sacrificed their lives to protect motherland from the enemy. The country will always remember the courage, valour, restraint & determination of our fallen heroes and will march ahead taking inspiration from their supreme sacrifice.” He said Kargil Vijay Divas is not just a day but a celebration of the courage and valour of the soldiers of this country.

Brave soldiers of the Indian Army had overcome seemingly insurmountable odds, hostile terrain, inclement weather, and the enemy occupying dominating heights, to win the conflict with the help of Indian Air Force, which gave the air support. On this momentous occasion, the proud nation is celebrating this victory in memory of fallen heroes with events covering a myriad spectrum all across the country.

Defence Secretary Dr Ajay Kumar and other senior civil and military officials of the Ministry of Defence were present on the occasion.