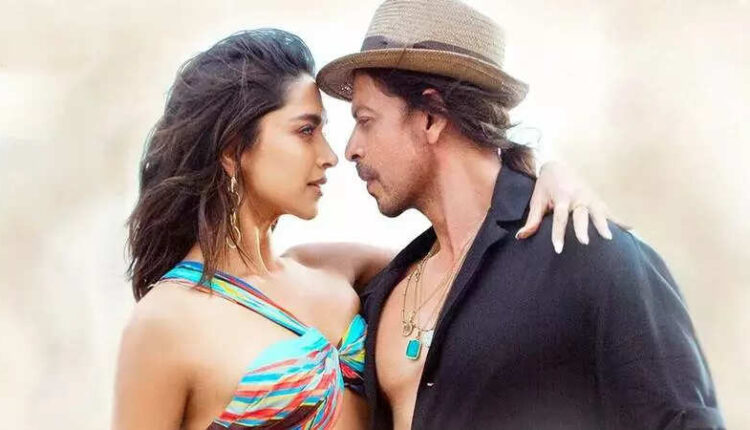 Shah Rukh Khan Defends ‘Besharam Rang,’ Says Only Deepika Can Pull it Off

Mumbai (Maharashtra), 18th Jan 2023: Bollywood actor Shah Rukh Khan has come out in defense of the song “Besharam Rang” from his upcoming film “Pathan,” which has recently been the center of controversy over its lyrics and music video.

The song features leading lady Deepika Padukone and has been criticized for being vulgar and objectifying women.

In a recent statement, Shah Rukh Khan said that the song is a “work of fiction” and should not be taken seriously. He added that the song is meant to be a playful and entertaining number and that only an actress of Deepika Padukone’s caliber could pull off a song like that.

He also said that he and the team behind the film have the utmost respect for women and have no intention of objectifying them in any way. He also urged the audience to not judge the song before watching the film in its entirety.

Many Bollywood celebrities have come out in support of Shah Rukh Khan and “Besharam Rang,” saying that the song is a reflection of the current pop culture and that it should not be taken out of context.

The lyrics of the song have been written by Amitabh Bhattacharya and the music is composed by Vishal-Shekhar. The song is sung by Shilpa Rao and Raja Kumari.

However, the song has also faced criticism from some quarters with some calling it “vulgar” and “disrespectful” towards women. The song has been trending on social media with mixed reactions.

Despite the controversy, “Besharam Rang” has become one of the most talked-about songs in the Indian music industry, with many praising the chemistry between Shah Rukh Khan and Deepika Padukone in the music video.

The song is expected to be a chartbuster, the song is trending on number one on youtube and is getting a lot of views and likes. The film Pathan is directed by Siddharth Anand and produced by Yash Raj Films. The film is set to release in theaters on 2022.

Overall, Shah Rukh Khan’s statement in defense of the song “Besharam Rang” and his belief that only Deepika Padukone could pull off a song like that, has added fuel to the ongoing controversy. The final verdict on the song will be given by the audience when the film releases.⁩

Samsung in Dispute with Indian govt over $110 Million Production Incentives