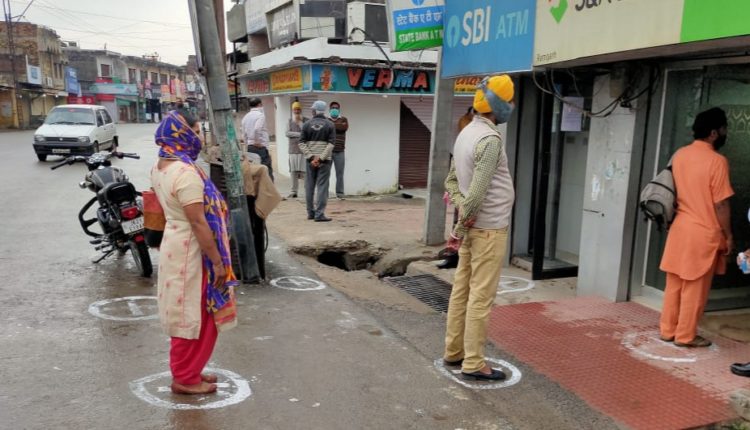 Scientists have modelled the spread of infectious droplets from coughing, sneezing, and breathing under different atmospheric conditions, and found that the novel coronavirus can spread up to three times further in cold and humid weather.

According to the researchers, including those from the University of California (UC) Santa Barbara in the US, droplets carrying the virus can travel up to 20 feet, making the current social distancing norms of six feet insufficient to contain its spread.

Based on previous research, they said as many as 40,000 respiratory droplets can be generated by sneezing, coughing, and even normal talking, with initial speeds ranging from a few metres per second to more than a hundred meters per second.

From these past studies, the scientists said both the aerodynamics of the droplets, and their heat and mass exchange process with the environment can determine the effectiveness of virus propagation.

In the yet-to-be peer reviewed study, published as a preprint in medrXiv, the scientists used a comprehensive mathematical model to explore the evaporation, heat transfer, and projectile motion of respiratory droplets under different temperature, humidity, and ventilation conditions.

They found that the transmission pathway of COVID-19 through respiratory droplets is divided into short-range droplet contacts, and long-range aerosol exposure.

“While large droplets usually settle onto a surface within a limited distance due to gravity, smaller droplets evaporate rapidly to form aerosol particles that are able to carry the virus and float in air for hours,” the scientists wrote in the study.

According to their analysis, the effect of weather conditions on this pathway is not the same every time. Low temperature and high humidity facilitates droplet contact transmission, while high temperature and low humidity promotes small aerosol-particle formation, the researchers said.

“Our model suggests that the 6 feet of social distance recommended by the Center for Disease Control and Prevention (CDC) may be insufficient in certain environmental conditions, as the droplet spreading distance can be as long as 6 metres (19.7 feet) in cold and humid weather,” the scientists wrote in the study.

The researchers warned that the current pandemic may not stop in the summer of the northern hemisphere without proper intervention since there is an increasing chance of aerosol transmission in these parts of the world. The study noted that in hot and dry weather, respiratory droplets more easily evaporate into aerosol particles capable of long-range transmission. It said these small particles can infiltrate deeply into the lungs, and have a longer suspension time in these conditions.

According to the researchers, many public spaces implement air-conditioning systems that can still operate at temperature and humidity set points that favour droplet transport, preventing long range transmission. While ventilation can effectively dilute the accumulation of infectious aerosol particles, improper design of these systems may void the effort of social distancing by enabling the aerosol-size particles to travel further, they said.

However, wearing a face mask can effectively lower the chance of transmission via aerosol particles, the scientists said, adding that the risk of infection from large droplets can be mitigated by practising social distancing.

The infection range of large droplets, they said, is limited to a relatively short distance, since they are more sensitive to gravity and can settle on a surface before drying. If these droplets happen to land on the upper body of another person, viruses can easily enter them by face-touching and eye-rubbing, which can be prevented by practising social distancing, the researchers explained.

However, citing the limitations of the study, the scientists said the survivability of the virus itself under different weather conditions remains unknown. Environmental factors like temperature and humidity are known to affect the survival and transmission of viruses, the scientists said, citing the example of the SARS pandemic of 2002-03 and influenza, which have shown strong dependence on seasonality.

However, whether COVID-19 also shows a similar seasonal pattern is still unclear.

“To this end, the impact of different weather conditions on the infectivity of SARS-CoV-2 is still inconclusive,” the researchers noted in the study.