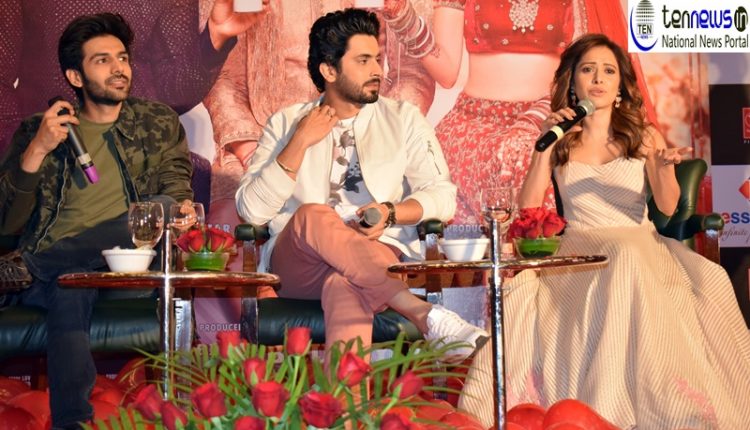 New Delhi: After Aiyaary and PadMan, the makers of Sonu Ke Titu Ki Sweety postponed the release of this Kartik Aaryan and Nushrat Bharucha starrer romantic comedy to February 23.

Luv Ranjan’s upcoming romantic comedy, Sonu Ke Titu Ki Sweety, carries vibes of his previous work with the duo of Kartik Aaryan and Nushrat Bharucha. The cast of the movie leaving no stone unturned to promote their upcoming flick, and they visited Nation’s Capital on Wednesday.

Kartik Aaryan, Nushrat Bharucha and Sunny Singh were spotted at the promotional event for their upcoming romantic drama Sonu ke Titu Ki Sweety in Delhi. During their media interaction, the actors stated that content of their upcoming movie is strong.

Ten News Caught up Exclusively with the Talented Cast. Where they Collectively said, “Audience has given us their love and we want to continue this journey as well. We have connect with youth and they are always waiting for our films. We are blessed that so early in our careers this happened”.