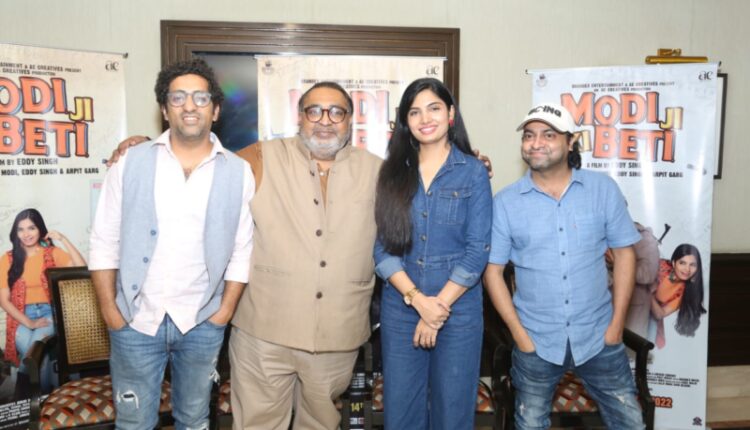 New Delhi (12/10/2022): Recently, actors- Avani Modi, Pitobash, Vikram Kochhar came to Delhi for the promotion of their upcoming movie Modi Ji Ki Beti. The event was held at PVR plaza, Connaught Place. The movie will be released on 14 October 2022.

The movie is based on two stupid terrorists, trying to prove their capability, believing on the fake news of a presence of Prime Minister daughter, kidnaps her, they are faced with a series of comical challenges to send her back to the country.

Director Eddy Singh Shared, “ The movie is a adaptation of an incident which happened with our lead actress- writer Avani Modi, it is a satirical comedy and not linked to politics at all.”