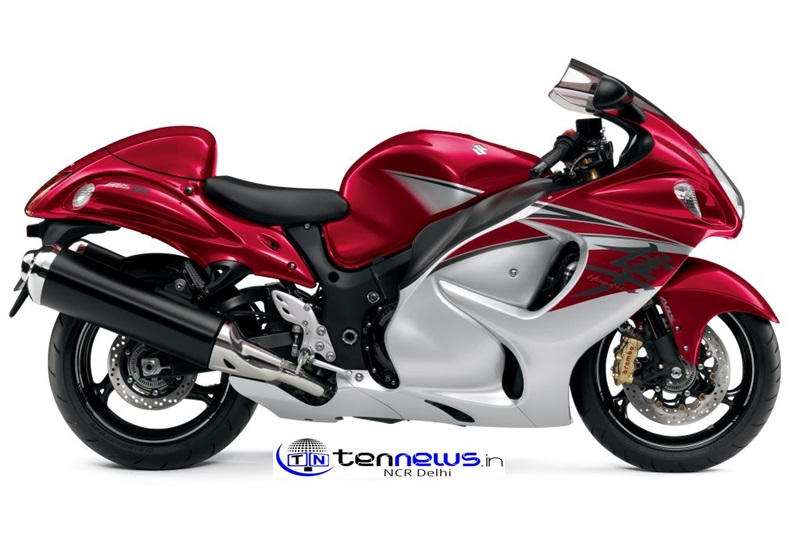 Suzuki Hayabusa now Made in India! Legendary motorcycle now made at state of the art assembly line in Gurgaon New Delhi, 8th March 2016: Suzuki Motorcycle India Private Limited (SMIPL), a subsidiary of one of the world’s leading two-wheeler manufacturers, Suzuki Motor Corporation, Japan has begun assembly of its flagship motorcycle – the Suzuki Hayabusa – at a state of the art assembly line at its plant in Gurgaon, Haryana. With the advent of the Make in India program, SMIPL are keen to support and strengthen this promising initiative to transform India into a global design and manufacturing hub. The Suzuki Hayabusa is one of the most renowned and cult motorcycles across the globe, and this fan following is more than evident among motorcycling fans in India as well. Apart from the phenomenal performance, this motorcycle has been widely acclaimed for its all-round capabilities. The Suzuki Hayabusa will be imported as CKD (Completely Knocked Down) Kits and assembled at the same factory in Gurgaon where the entire SMIPL lineup is manufactured and assembled. Nonetheless, the specifications of the motorcycle shall remain unchanged as compared to its CBU (Completely Built Up) counterpart which has been imported from Japan all these years.Mr. Kenji Hirozawa, Vice President Sales & Marketing, SMIPL, said, “India is one of the largest manufacturer of motorcycles in the world. This is a clear indication of the high demands in this ever growing market. Along with growth,comes maturity. Coupled with growth in lifestyle and infrastructure, there is an increasing demand for Big Bikes by the Indian Enthusiast. SMIPL shall cater to this by starting assembly of our most widely selling big bike, the Suzuki Hayabusa. We firmly believe in the Make in India program and this another step to show our support even in the big bike market.”The end customer will definitely benefit from this move, and the Hayabusa shall be available at the Suzuki Big Bike Dealerships for INR 1,357,135 (Ex-showroom Delhi) in March 2016! ABOUT SUZUKI MOTORCYCLE INDIA PVT LTD (SMIPL) Suzuki Motorcycle India Private Limited is a subsidiary of Suzuki Motor Corporation, Japan, wherein they have the same manufacturing philosophy of PRODUCTS WITH SUPERIOR VALUE right from the inception. SMIPL manufactures two-wheelers best suited for the valuable Indian customers. The Company started its India operation in February, 2006.

Salma Agha: Women need to be motivated by Men’s, Feel honoured to be an Indian Women.