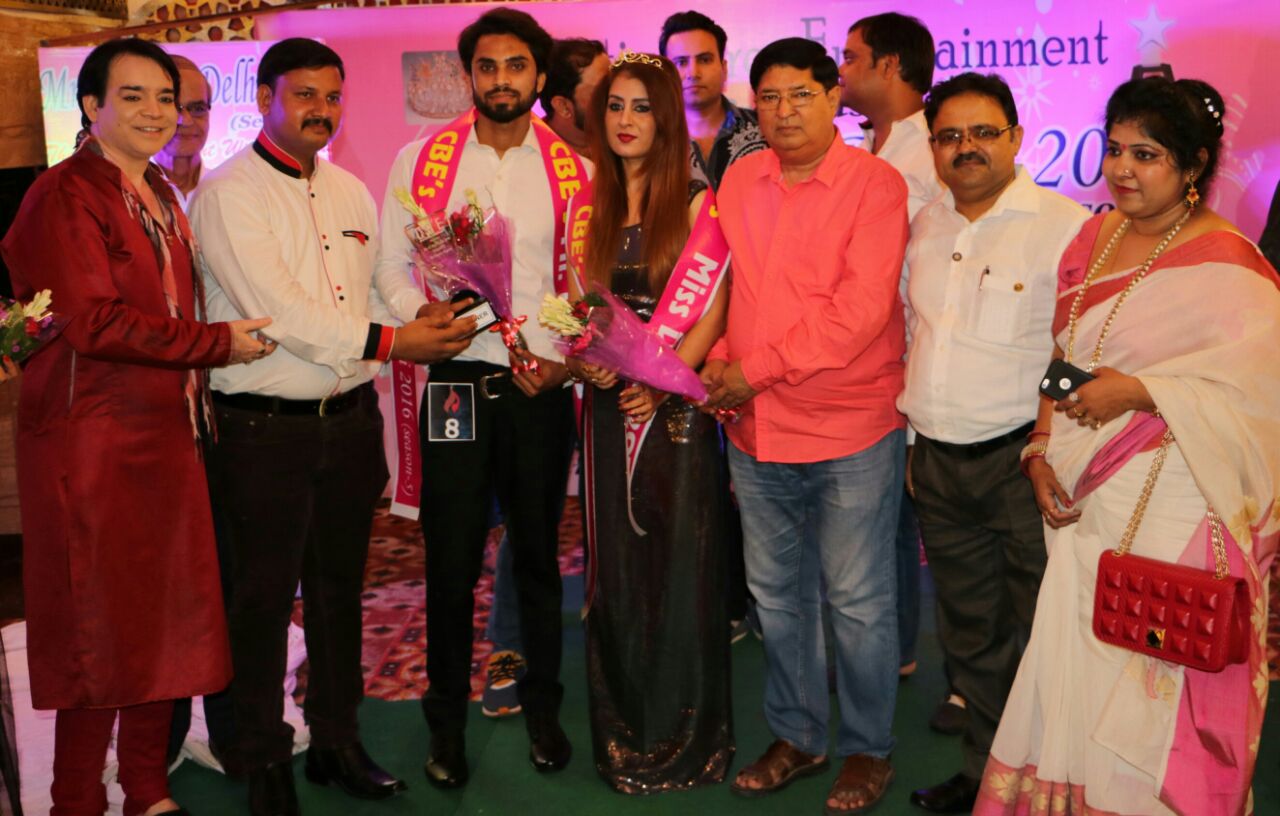 By Bipin Sharma
A Beauty Pageant titled “Mr & Miss Delhi”–Season 5 and a Kid’s Fashion Show titled “Angels and Fairies” were recently hosted by CBE, Creative Brother Entertainment at the Mohan Leela Royal, Wazirpur in the capital on 10th September’2016. The evening was high on talent, glamour and entertainment as aspiring city models showcased their skills and intellect before a packed audience. The evening was graced by noted social reformer Ch. Prem Singh, also the Chief Guest of the event, as well as by the Guest of Honour Dayanand Vats (noted educationist and Chairman, Art of Giving Foundation Trust). Besides honouring the talented participants, the objective of the event was also to promote the pertinent message of “Girl child Education and Empowerment” as well as make citizens aware about “Environment Protection”.
Farhaan Khan and Nisha were crowned the winners while Aayush Bejiel and Saira Bano bagged the 1st Runner’s up title followed by Rohit Parashar and Pari Arora bagging the 2nd Runner’s up title. The other winners of sub-titles categories were Aayush Bejiel-Pari Arora (Mr & Miss Talented), Abhay Jain-Aashi (Best Walk), Rohit Kapoor Anoop and Poonam (Best Photogenic), Farhaan and Arti (Best Model), and Happy and Neelakshi (Mr &Miss Congeniality).
In the Kids category, Tanisha Sethi, Trista and Chirag Verma bagged the 1st, 2nd, and the 3rd positions respectively.

Vanya Kanchan Singh was the showstopper for the sequence.
Famous singer Arun Dhamija entertained the guests by belting popular Hindi movie numbers. Suman Arpan and Hemant Kaushik were the dress designers for the show. The make-up was done by Radha and Sonam while Samish Sharma and Sunil played the choreographers for the show. The casting was done by Sanju, and the anchor of the evening was Meenu Sharma. The show was directed by Karan Singh (Founder, CBE).

Complaint of bribery against AAP MLA