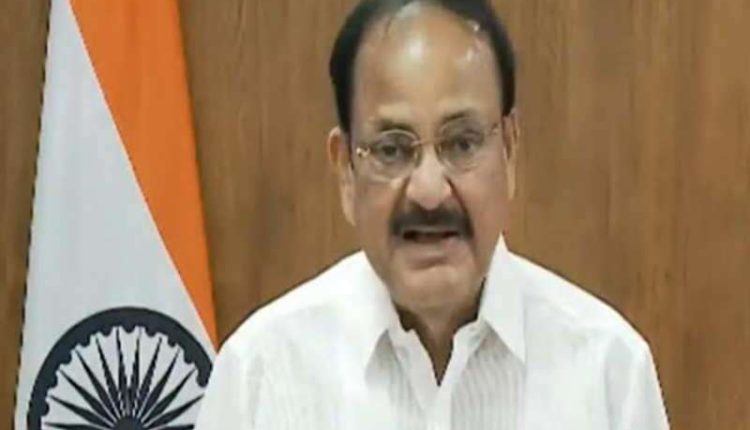 A book chronicling the third year in office of the Vice President of India,  Shri M. Venkaiah  Naidu titled ‘Connecting, Communicating, Changing’ will be released by the Union Minister of Defence, Shri Rajnath Singh at Upa-Rashtrapati Nivas in Delhi on August 11, 2020.

The book captures through words and pictures the variegated activities of the Vice President, including his travels in India and abroad. It provides a glimpse of his interactions with farmers, scientists, doctors, youth, administrators, industry leaders and artists, among others.

The book also covers events relating to the Vice President’s foreign visits, his interactions with the world leaders and his addresses to the Indian diaspora in different countries.

The changes Shri Naidu introduced for effective functioning of the Rajya Sabha and the resultant improvement in the productivity of the Upper House are also mentioned in the book.  In the final chapter, the book narrates how the Vice President effectively used the time during the pandemic and embarked on ‘Mission Connect’ to enquire about the well-being of his friends, teachers, long-time associates, acquaintances–old and new, relatives, MPs, spiritual leaders and journalists, among others.

He also telephonically interacted with Chief Ministers, Governors, leaders of various political parties in both houses of Parliament and all MPs of the Rajya Sabha.