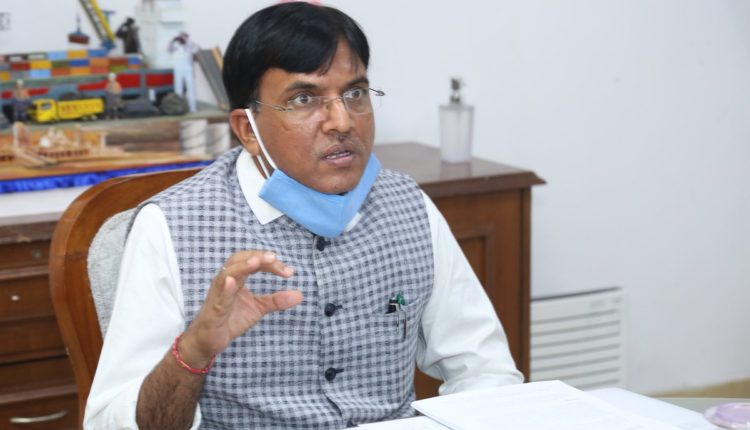 Union Government assisting Maharashtra in supply of Remdesivir in every manner: Mansukh Mandaviya

The Minister of State for Chemicals and Fertilizers Mansukh Mandaviya has today stated that the Government of India has been in active contact with officers of the Government of Maharashtra and is assisting with supply of Remdesivir in every manner. In a series of tweets he has strongly condemned statements of Maharashtra government, alleging otherwise.

Minister Mandaviya has said that the Government to double the production in the country, has given express permission to 20 more Plants since 12-4-2021 to increase capacity to manufacture. Ensuring adequate supply of Remdesivir to the people of Maharashtra remains the priority of the Union Government

As per the Government’s record, there is only one unit of EoU and one in SEZ. Government has reached out to all the Manufacturers of Remdesivir. No such consignment is stuck.

The Minister has requested concerned people to share the list of these 16 companies, availability of stock and WHO-GMP with them. The Union Government is committed to do everything to help the people of this country.