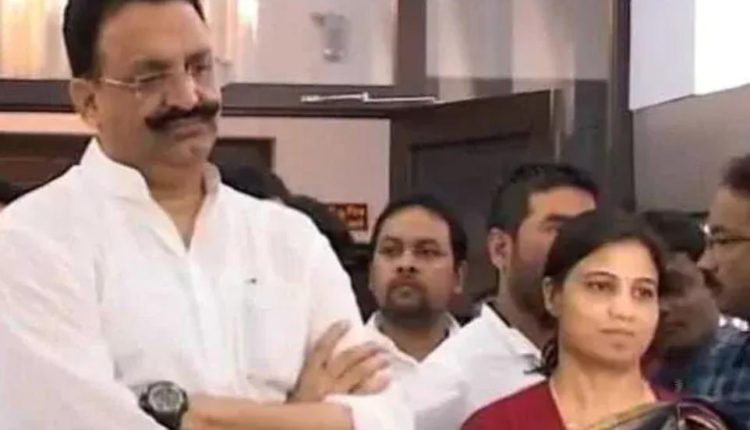 UP Police teams leaves from Punjab with Mukhtar Ansari

A team of Uttar Pradesh Police on Tuesday left Punjab’s Rupnagar jail with gangster-turned-politician Mukhtar Ansari, who is facing trial in several cases.

This comes days after the Supreme Court ordered the transfer of the BSP MLA from Punjab jail to UP jail within two weeks.

The team of UP police reached Rupnagar in the early hours of Tuesday morning to take custody of Ansari.
Earlier today, fearing for her husband’s life, Ansari’s wife, Afshan Ansari approached the top court seeking a direction to the UP Police to “not kill” her husband in a fake encounter and allow him to face a “free and fair trial.”

According to UP Police, around 52 cases are registered against Ansari in Uttar Pradesh and other states.

Earlier in February, the UP government accused the Punjab government in the Supreme Court, alleging that the latter (Punjab) was colluding with BSP leader Mukhtar Ansari who is wanted in UP in relation to various criminal cases.
On his part, Ansari has apprehended a threat to his life in Uttar Pradesh and sought to appear in cases through video conferencing only.

The Uttar Pradesh government had argued that Ansari is being “vociferously defended by the state of Punjab” and that he is enjoying in the Punjab jail.

The top court had dismissed the plea of Ansari seeking transfer of cases pending against him in Uttar Pradesh to Delhi.