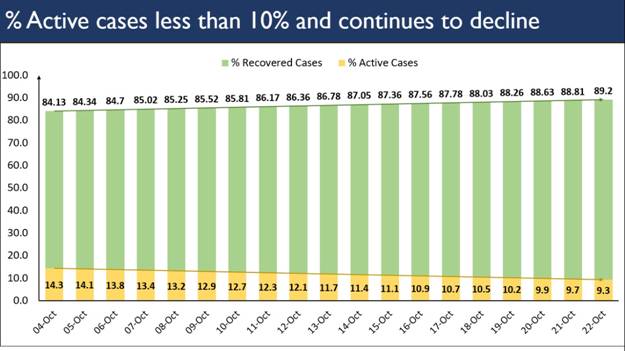 Updates on Covid-19 : India’s Active Cases below 10% of Total Cases since the last three days

India trend of steadily decreasing active cases continues unabated.  The Active Cases have been sustained below 10% of the total cases for the last three days suggesting only 1 in 10 cases are active COVID19 patients across the country.

Presently the active cases comprise merely 9.29% of the total positive cases of the country standing at 7,15,812. 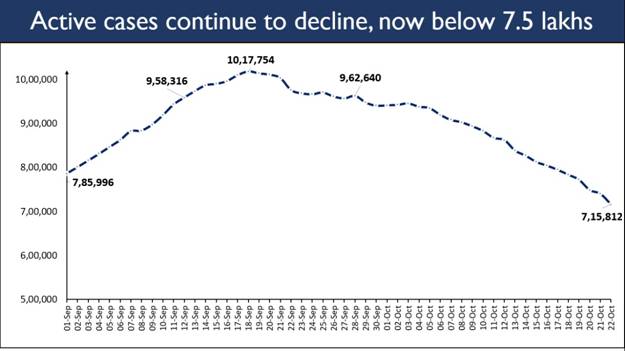 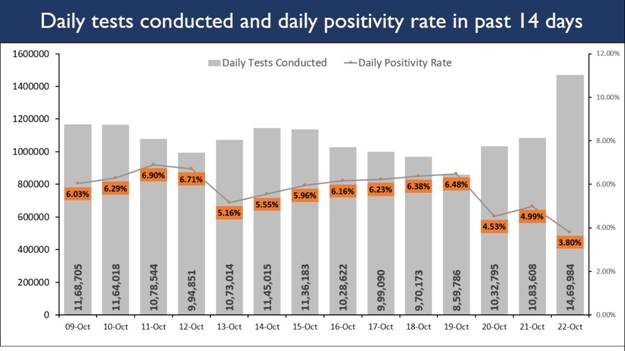 The decrease in the daily positivity rate is simultaneously mapped by the falling active cases, which continue to be under 7.5L today (7,15,812).

The total recovered cases are close to 69 lakhs (68,74,518). The difference between active cases and recovered cases is consistently increasing and stands at 61,58,706 today.

79,415 patients have recovered and discharged in the last 24 hours whereas the new confirmed cases are 55,839. The national Recovery Rate has progressed to 89.20%.

81% of the new recovered cases are observed to be concentrated in 10 States/UTs .

Maharashtra has contributed more than 23,000 to the single day recovery. 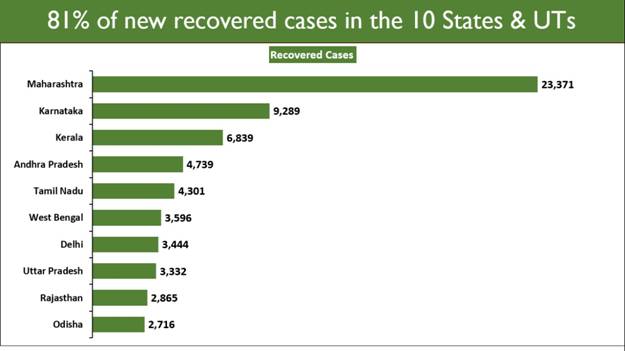 55,839 new confirmed cases were recorded during the last 24 hours.

78% of these are from 10 States and UTs. Maharashtra and Kerala are still reporting a very high number of new cases with more than 8,000 cases each followed by Karnataka with more than 5,000 cases. 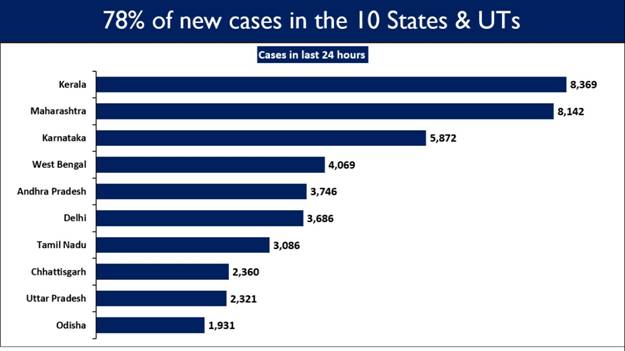 702 case fatalities have been reported in the past 24 hours. Of these, nearly 82% are concentrated in ten States/UTs.

More than 25% of new fatalities reported are from Maharashtra (180 deaths). 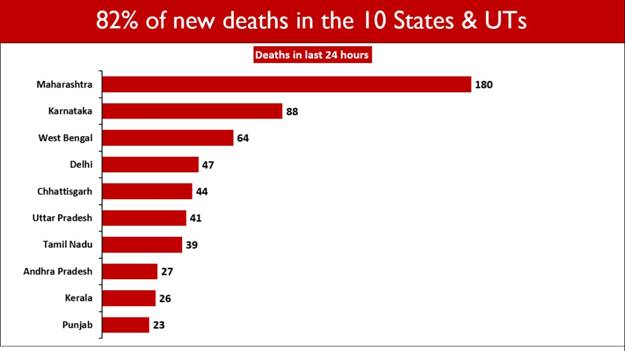