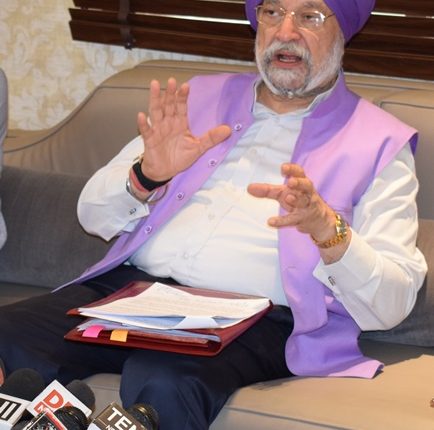 New Delhi: In the wake of the recent floods in Kerala, the Ministry of Housing and Urban Affairs is set to rope in the National Institute of Urban Affairs (NIUA) to chalk out ways in which the ministry can take charge of prevention and mitigation of floods in Indian towns and cities.

“We face many challenges on of the issue which tends to get neglected but we periodically got reminded the need to address urban flooding. In 2014 there were 4 cities and in 2015 there were 5, in 2016 there were 7, in 2017 there were 8 and in 2018 there were 6 cities which got affected by serious flooding. If i talk about kerala floods issues which arouse the question that are we capable to deal with the disaster or not.”

He Further said, “We need to map emergency services and make the information available to people. The Government initiative is also to develop early warning systems, which will tell civic authorities which areas are likely to be inundated, by how much, and for how long for a particular rainfall forecast. This will enable them to take measures such as alerting the public, diverting traffic, and evacuating residents, if necessary.”