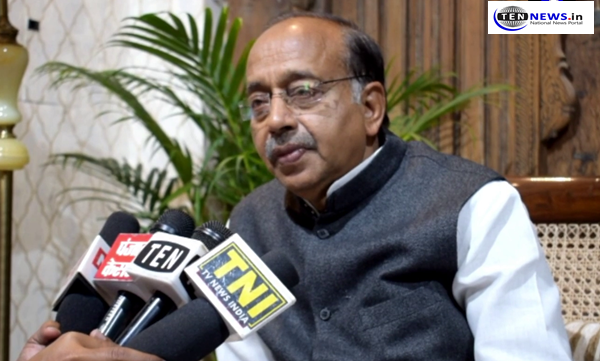 New Delhi :(19/03/2019) Today, BJP leader Vijay Goel regarding coalition of AAP and Congress in Delhi stated, “If AAP aligns with Congress in future, I guess this will be very shameful for Kejriwal as back in 2013 Kejriwal alleged Congress for corruption and promised to send DPCC President in jail for corruption charges.”

He added, “95% of Congress people are against to coalition but both parties are aware that they can’t overcome BJP alone so they are looking forward to join hands to win over the ruling party.”

“Our nation need a Prime Minister who work for the people. PM Modi, in past 5 years have done things that almost took 70 years to be carried out in past governances. Don’t forget the actions he took to make terror in India silent !”, he added.

Delhi Congress president Sheila Dikshit appeared to be isolated over the issue of alliance with AAP for Lok Sabha polls, as AICC in-charge PC Chackoon Friday claimed that “many” in the party were in favour of such up tie-up.

Dikshit, who has been opposing an alliance with AAP, refused to respond to questions on the development.
[3/19, 15:30] Ten News Kasif: Ramesh Bidhuri shares recent Tweet by AAP’s Raghav Chaddha | Says AAP is commiting foolish mistakes

Rahul Gandhi in support of tukde tukde gang and talks about freedom of expression: BJP