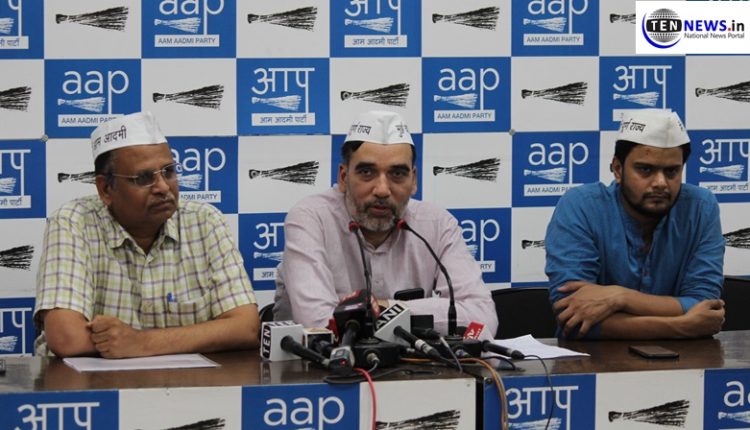 AAP announces third phase of campaigning for LS Polls, Kejriwal to hold Roadshows in all 7 constituencies

New Delhi (30/4/2019) : The Aam Aadmi Party announced its campaigning schedule for the Delhi Lok Sabha elections to be held on 12 May. This campaign will be the third phase of the AAP’s campaigning going on in Delhi.

“The party chief Arvind Kejriwal will take charge from tommorow which is 1st May for the campaigning of third phase. In first two phases Aam Aadmi Party has met around 35 Lakh people across Delhi and hear the problems of the people and promised them to resolve their issues. In the third phase Arvind Kejriwal will hold roadshows in all 7 Lok Sabha constituencies of Delhi”.

“Starting from Chandni Chowk on 1st May, Kejriwal will cover all the constituencies including the main areas of every constituency on each day till 8th May. He will also do ‘Morning Yatra’ to cover the left out areas in Delhi”.

“Along with this an evening campaign “Jhadu Chalao, Purn Rajya Banao” will also be held in all the constituencies under MLA’s of Aam Aadmi Party. From 5th ‘272 ward Yatra’ will start which will cover 272 wards of Delhi Lok Sabha constituencies”.