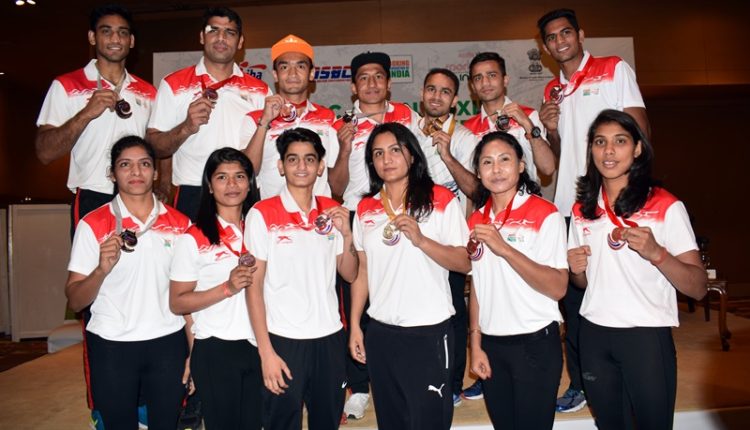 New Delhi : One of the rising stars of Indian boxing, Amit Panghal added another feather to his cap by winning gold at the Asian Boxing Championships in Bangkok on Friday.

Beating an olympic champion two consecutive times is no mean feat but Indian boxer Amit Panghal says it’s no big deal either as Uzbek ‘golden boy’ Hasanboy Dusmatov is now a “bit scared of him”.

Today, Indian Boxing Squad along with their coaches were present at a Felicitation Ceremony for Boxers like Sonia, Amit, Pooja and many other were praised for their mind-blowing performance for name of India.

Boxing Federation of India’s President Ajay Singh was also present at the ceremony where he addressed all the players and media and shared his gratitude for the efforts of Coaches and Players.

AAP announces third phase of campaigning for LS Polls, Kejriwal to hold Roadshows in all 7 constituencies