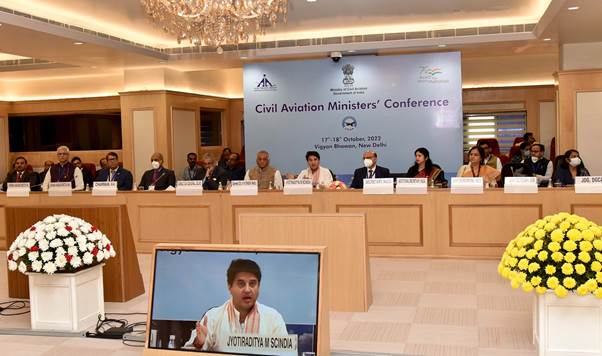 About Rs 95,000 Crores to be Invested in Aviation Sector in Next Four Years: Jyotiraditya Scindia

Speaking on the current scenario, the  Minister said that the civil aviation sector has passed through difficult times and it is now ready for take-off to its true potential. Calling India a towering phoenix, the Minister said that India today is one of the few countries operating seamlessly in a high demand-led environment.  He said that this has been possible because during Covid times, the Government identified the drivers needed to give the boost to the sector and took proactive measures.

The Minister further said that the major growth for aviation has been in the Tier II and III cities, compared to larger cities.  This shows that the civil aviation is reaching the common masses.  The Government is making consistent efforts to strengthen air infrastructure in small cities and has provided connectivity through RCS–UDAN Scheme to unserved and under-served places.  In last six years, 70 new airports have been brought under UDAN.  About 2.1 lakh flights took off under the scheme and approximately 1.1 crore passengers have benefitted from UDAN.

Scindia stated that the cost of Aviation Turbine Fuel (ATF) remains a challenge as it constitutes 45-50% cost in airlines operations.  He thanked 28 States, which have brought down VAT on ATF to 1-4%.  He also urged the remaining 8 States to bring down the VAT so that the barriers to growth are removed. The Minister said that cheaper raw material would give impetus to better connectivity.

The Minister emphasised on the importance of helipads in providing last-mile connectivity.  He said the government recently abolished TNFC/RNFC charges in 21 states to encourage helicopter operations. He urged the States to set up helipads in every district.  The Minister bought attention to the three recent initiatives unveiled at the recent Heli-India Summit in Srinagar, namely Framing of guidelines for fractional ownership, Project Sanjeevani for Helicopter Emergency Medical Services, and Project AKASH. He said 82  helicopter corridors have been identified. The Minister also talked about augmentation of flight training organisation capacity in the country and facilities for engine servicing. 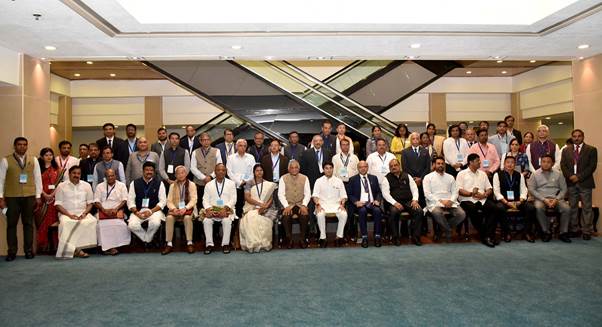 Speaking on drone technology, the Minister said that a new revolution has begun and India is leading the initiative in the sector.  He said a conducive policy for promoting drones is already in place; incentives have been announced through PLI, and use of drone services are being promoted in a large manner with 22 Ministries concentrating on this.

Scindia expressed that the Government is ready to undertake an expansion of civil aviation sector.  He called upon the States to have greater participation and be constructive partners in the progress.

Speaking on the occasion, the Minister of State for Civil Aviation Gen. (Dr.) V.K. Singh (Retd.) said that the aviation sector has almost reached pre-Covid levels. The RCS UDAN Scheme has allowed democratization of passenger travel in aviation. Enumerating several steps taken by the Central Government, Dr. Singh called upon the States to provide full support in furthering the growth of the civil aviation sector in the country.