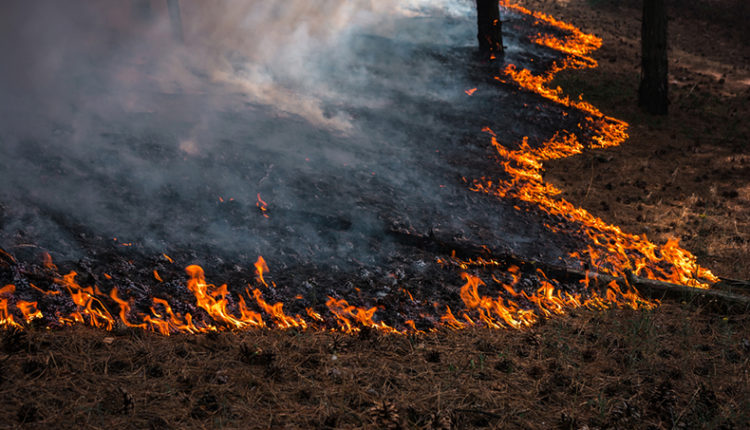 Despite multiple plantation drives in the past decade, activists claim the 213-hectare vast expanse of reserve forest, which stretches between Gamma II and Delta sectors of Greater Noida, is devoid of its green cover. Despite government audits at six-month, 12-month and three-year intervals.

Forest officials have, however, attributed it to heat wave and accidental fires. Saplings planted in 2015, the most recent plantation, have all but died. Incidentally, the same year, UP made it to the Guinness Book of World Records for distributing 10 lakh saplings in a day.

Pramod Srivastava, Divisional Forest Officer of the UP Forest Department, said the plight of the plants was because of the heat wave. On certain patches of land where the plants looked charred, Srivastava said it was because of an accidental fire in March.

“Water is supplied from bore well after concerns by environmentalists, tankers are also being sent,” Srivastava added.

“This forest could be the lungs Greater Noida needs. Lack of maintenance has caused the trees to die,” said environmental activist Vikrant Tongad.

Mumbai: 18 dead after a wall collapsed on hutments in Pimpripada area of Malad East due to heavy rainfall today.