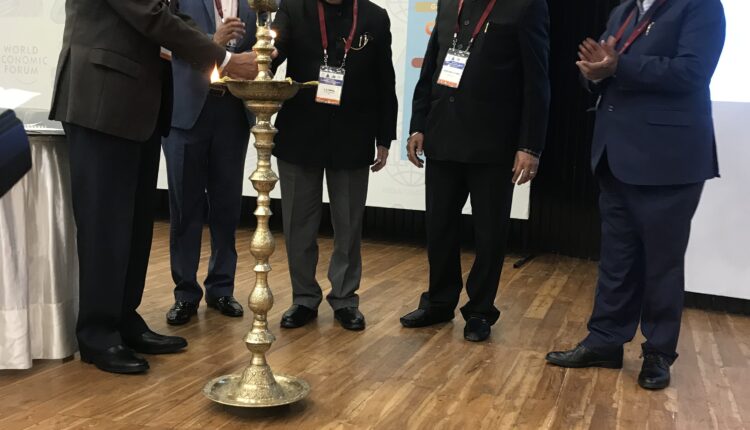 Add ‘Environment’ as part of the road safety : Chairman NGT

“ Travelling these days has become essential and demand for road infrastructure is increasing each day . The proportion of the capacity of roads in various states including national capital does not match with the number of vehicles resulting in traffic jams and increase in air pollution which affects the public health. Apart from number of deaths by road accidents, the deaths caused by pollution should also be a matter of concern for the concerned authorities and road safety experts “Said Justice Adarsh Kumar Goel, Chairperson, National Green Tribunal (NGT)  while inaugurating a day long conference ‘Fast tracking road safety through 5E’s’ organised by India chapter of the International Road Federation (IRF) a global road safety body working for better and safer roads worldwide as part of the ongoing road safety week which concluded today .

“The question of number of vehicles to be permitted proportionate to the capacity of the roads in a city is a vital issue of planning on which a policy is required to be explored in the larger interest of the environment especially for cities or areas where air quality is not consistent with the norms,” Justice Goel said.

“Apart from air pollution, the sound of heavy vehicles, horn , and dust affect various parts of the human body which are not part of road safety . The mindset of people on the road including drivers needs to be changed with strong will power along with Strict enforcement “ Justice Goel said.

“Road safety and highway construction are interlinked , the growing menace has to be tackled and handled together . Due to the present fast changing target of road development in the country , road safety is taking a back seat. Moreover most of the road construction projects in the country are retrofitting except some greenfield projects “ said Mr P.V.V.S.S .Ravi Prasad , Director General , road development, Ministry of Road Transport and Highways (MoRTH) while speaking at the conference.

“The National Motor Vehicle Act has incorporated  compensation to accident   victim within 60 days , which has been implemented in Delhi but rest of the country is yet to implement it as it takes years for the accident victim to get compensation “ said  Justice (Retd)  J.R Midha , Delhi High Court while speaking at the  conference.

“The  Conference of 5 E’s of road safety is expected to provide a stage for meaningful deliberations towards a road map for safer roads and safer mobility in the country .Conference  is about raising awareness and implementing best practices in organizations and supporting the authorities in its endeavors to create an efficient, intelligent traffic system and to minimize deaths and injuries due to road accidents.” Said Mr K K Kapila, President, Emeritus, International Road Federation (IRF) while speaking at the conference .

“India accounts for more than 11 per cent of total global road accidents and is signatory to the UN declaration to reduce 50% road accidents by the year 2030 Union Ministry of road transport and highways has reduced the target to the year 2025 . International Road Federation (IRF) as part of its effort to reduce road accident deaths is focusing on E’s of road safety including Engineering, Vehicle Engineering , Education, enforcement and Emergency care “ said  Mr Kapila.

“India chapter of the International Road Federation (IRF) as part of its initiative to reduce accidents is organizing this seminar as there has been tremendous development and continued growth in the expansion of road networks and evolution of transport in the country. It has become increasingly important to find solutions and set new policies and strategies to overcome traffic related issues through Smart Traffic management, Road Safety initiatives and Accident Prevention measures. The corrective measures under  Five E’s of road safety will help in reducing fatal accidents in the country in a big way ” Said Mr Satish Parakh, President, IRF-India chapter .

“The 5E’s of road safety have to be implemented simultaneously resulting in better and safer traffic movement. As 10 percent of school children ‘death due to accidents takes place near the schools, IRF as part of its effort will soon be initiating audits of school  school safety zones in the National Capital Region (NCR) schools to be completed by the end of the current year 2023 . This will be taken to rest of the country with target of 15 lakh acolls by the year 2025 “ said Mr Parakh