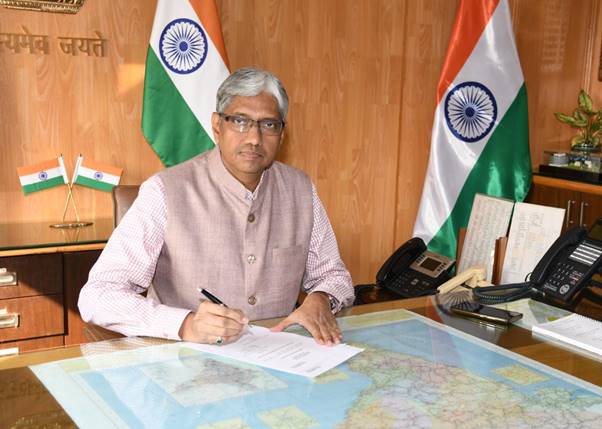 Lahoti belongs to Indian Railway Service of Engineers, 1984 batch and has been empanelled in the first panel of Indian Railways Management Service for Level-17. He has graduated in Civil Engineering with Gold Medal from Madhav Institute of Technology and Science, Gwalior and did his Master of Engineering (Structures) from University of Roorkee (IIT, Roorkee). During his more than 36 years of career in railways, he has worked in various capacities over Central, Northern, North Central, Western and West Central Railways and in Railway Board.

Lahoti has earlier worked as General Manager, Central Railway and also looked after the charge of GM, Western Railway for several months. His stint as General Manager is credited with achieving highest ever freight and parcel traffic in terms of tonnage carried and revenue earned including running of the highest number of Kissan Rails. He also brought about record improvement in revenue by non-fare opportunities, sale of scrap and extensive ticket checking drives. He successfully steered and resolved the vexed issue of expansion of air conditioned sub-urban services in Mumbai. During his tenure, Central Railway recorded a quantum jump in execution and commissioning of infrastructure projects and commissioned the long awaited 5th & 6th line between Diva and Thane in Mumbai.

He had worked as Divisional Railway Manager, Lucknow, Northern Railway, where he took several initiatives to improve freight movement on the Lucknow-Varanasi-DDU route as an alternative to the congested Ghaziabad-Prayagraj-DDU route. His stint saw a substantial improvement in passenger amenities and cleanliness standards at stations on Lucknow division.

As Chief Administrative Officer (Construction) and Chief Engineer (Construction) on Northern Railway, he executed a large number of infrastructure projects of New Lines, Doubling and multi-tracking of track, yard remodelling, important bridges, station construction, etc. The Anand Vihar Terminal in Delhi and the iconic Ajmeri Gate side station building of New Delhi station were planned and constructed by him. He was also closely associated with planning for redevelopment of New Delhi station as a World Class station including commercial development of land and air space.

Lahoti has taken training in Strategic Management and Leadership programs at Carnegie Mellon University, Pittsburgh, USA; Bocconi School of Management, Milan, Italy; and Indian School of Business, Hyderabad. He has carried out studies of development of stations in Hong Kong, Japan, UK, Germany and Switzerland including commercial development on railway land. He has also visited several countries in connection with developments in track technology and track maintenance machines.