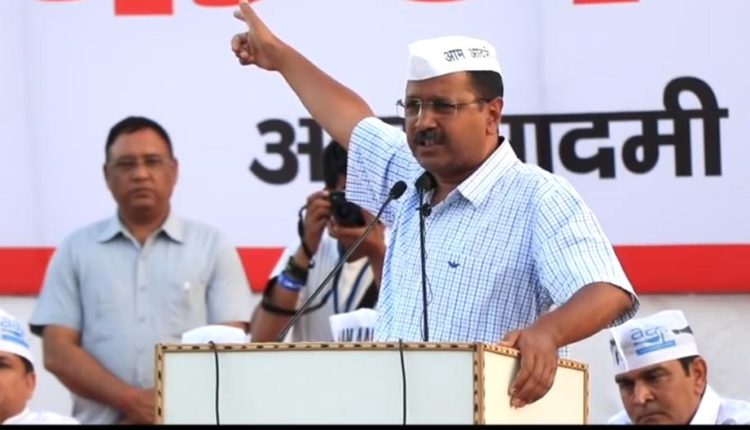 New Delhi: Arvind Kejriwal led Aam Aadmi Party (AAP) in Lok Sabha Elections won only one seat out of over 40 it contested across nine states and Union Territories.

Leading to the dissappointed result, Delhi Chief Minister and AAP National convener Arvind Kejriwal meeting his party Karyakartas and Volunteers on Sunday said, “This was Rahul ji’s and Modi ji’s elections and not Kejriwal’s,” advising his party workers not to get disheartened after the Lok Sabha elections 2019.

“There was no negativity against AAP in Delhi many people said. it is a big election, election of Rahul ji & Modi ji, it isn’t Kejriwal’s election, let your election come & we will vote for you based on your work”

He further said, “when one comes into politics or public life, one should have the ability to endure humiliation. We have to bear humiliation at times and I am proud of my workers for humbly accepting that insult.Now, you go to the people of Delhi and tell them that the big election has ended and small elections are going to come, and in these elections, cast your vote on the basis of ‘kaam’ and not ‘naam.’

Boosting morale of volunteers, he said, “We will seek votes based on work done. the people had voted in the Lok Sabha election keeping the Prime Minister’s face in mind as they thought it was a national election and not one for AAP.”

“l congratulated Prime Minister Narendra Modi for winning a second term. I hope that the Centre works in good faith with the State government for the betterment of Delhi. However, we need to understand the difference between our expectations and results. For one, there was a certain wave across the country, which also gripped Delhi,” the Delhi CM added.

#JustIn: Third child should not be allowed to vote and contest elections: Baba Ramdev