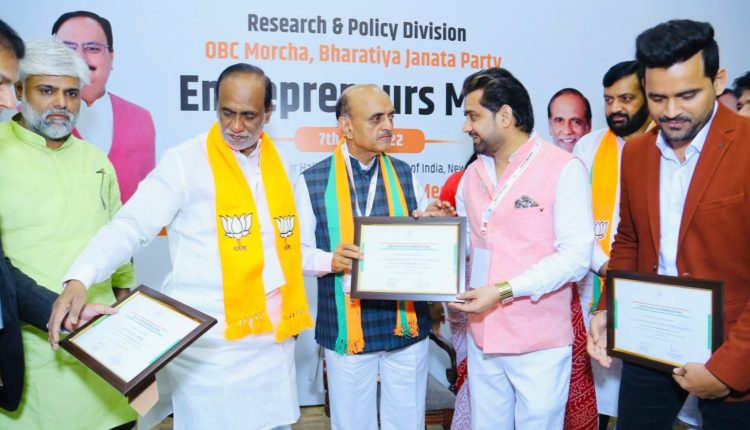 New Delhi (09/05/2022): With the objective of igniting the entrepreneurship spirit among the youths of OBCs and to highlight the various measures taken by the BJP government particularly in the area of economic and entrepreneurship field for the OBCs , research and policy division of BJP OBC Morcha organised a meet at constitution club of India on 7 May 2022. This occasion was graced by the eminent presence of Central minister of state for finance Dr Bhagwat Karad as chief guest and the BJP General Secretary Arun Singh as special Guest and Dr K Laxman , National President OBC Morcha, BJP with Prof Pankaj Choudhary, National Incharge of Research and Policy Division of OBC Morcha. Entrepreneur Meet was attended by more than 20 states entrepreneurs and CEOs & MD.

Karad highlighted the various policies measures taken by the BJP government for the economic empowerment of the OBCs. He highlighted the positive role played by the National backward and development corporation organisation which has so far assisted over 27 lakh beneficiaries. He also said setting up of venture capital fund for the OBC in 2018 with 30 percent reservation for women entrepreneurs is a landmark. Similarly PM VISWAS Yojna for interest subvention has benefited OBC entrepreneurs a lot. Similarly around 35 percent MUDRA loan holders come from OBC Samaj. 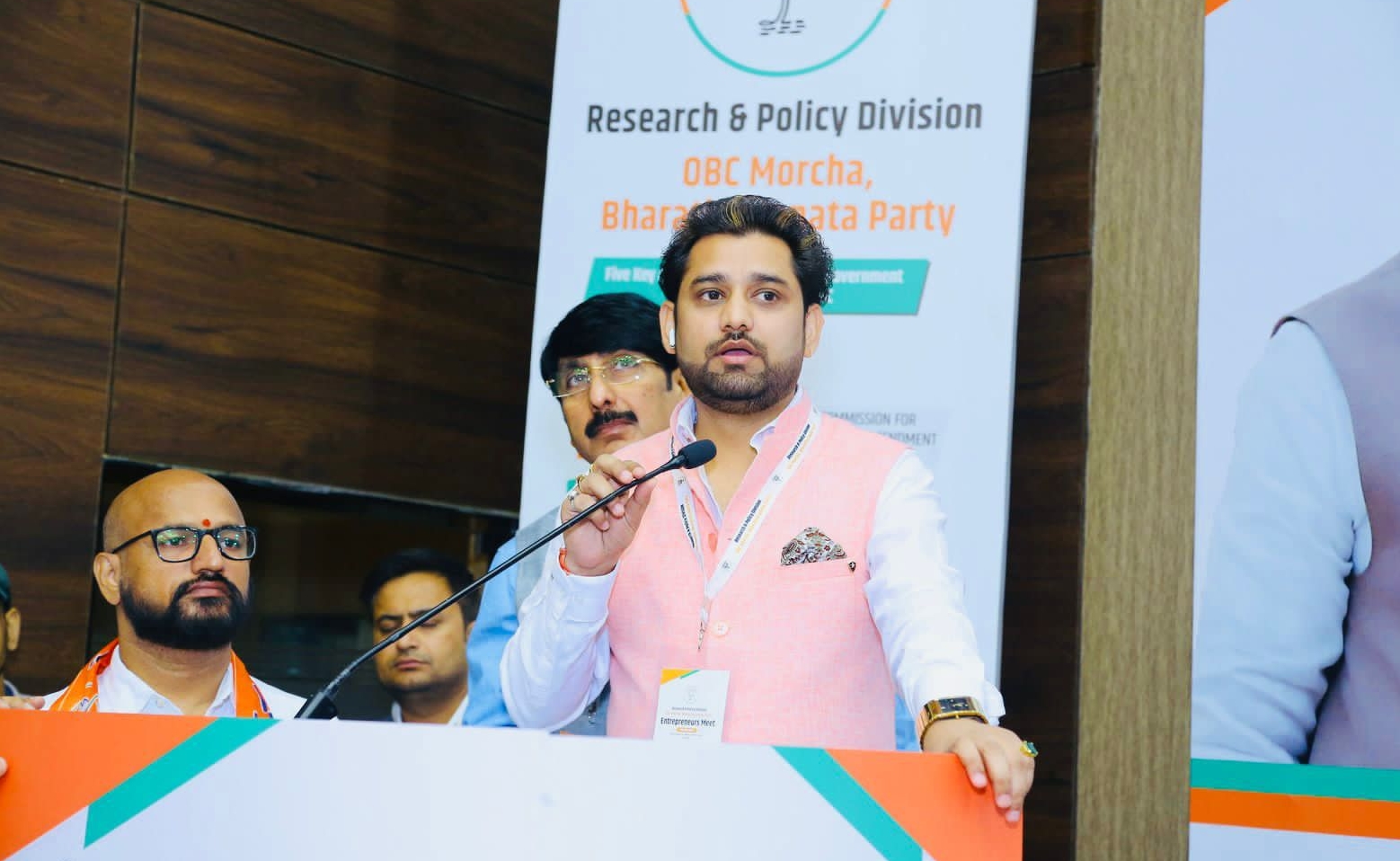 K Laxaman highlighted the reservation given by the BJP government in Sainik School and Kendriya vidyalaya and in NEET as educational empowerment of the OBCs. He also said the increasing the limit of creamy layer would help many middle class OBC families.

In the end Prof Pankaj Chaudhary highlighted the overall measures and economic empowerment measures by the BJP for the welfare of the OBC. He said venture capital fund and various skill development initiatives have played a huge role in igniting the entrepreneurship spirit among OBC youths and making them employable respectively. While thanking the eminent guests and participants, Vinay Chaudhary, program organiser said that research and policy division of BJP OBC Morcha will continue to organise such meets to introduce the various measures of empowerment for the OBC s to general public.

Milind Somak will be on cover