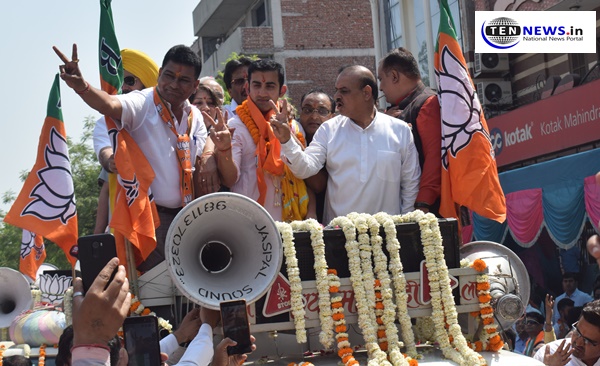 Gambhir has replaced Maheish Girri as the party’s candidate and will take on Arvinder Singh Lovely of the Congress and Atishi of the Aam Aadmi Party (AAP).

Speaking on the occasion, Gambhir Said,

“I really want to contribute something to the country & whatever our PM has done in the last 5 years, I want to take that legacy forward. If you get into politics with the right intentions then everything else falls into place. I am not competing with anyone but my own vision. I will make sure that I fulfill my vision.”

The constituency is crucial as it has been closely contested between the BJP and Congress in the past. In nearly the past three decades it has largely been a BJP stronghold with with the exception of two terms of senior Congress leader Sandeep Dikshit, son of former chief minister Sheila Dikshit. In 2014, BJP’s Maheish Giri defeated AAP’s Rajmohan Gandhi by more than 1.9 lakh votes and Dikshit was a distant third.