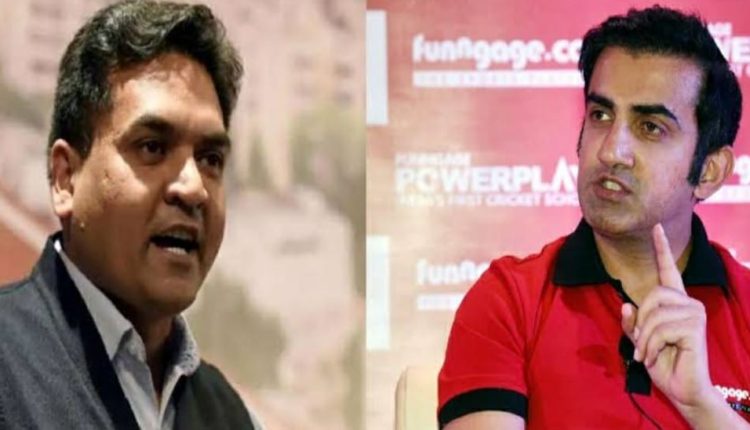 BJP MP Gautam Gambhir : Be it Kapil Mishra or someone else, strict action should be taken against whoever provokes

Gautam Gambhir said that no matter who that person is, whether it is Kapil Mishra or anyone else belonging to any party, if he has given any inflammatory speech, strict action should be taken against him.

DCP Amit Sharma was seriously injured in the Zafarabad violence, after which he was admitted to Max Hospital late on Monday night. At the moment, Amit Sharma’s condition remains critical.

On the violence that has been going on in Delhi for two days continuously, BJP MP Gautam Gambhir also said that those who are involved in violence in North East district, whether it is from Congress, Aam Aadmi Party to any party, will be prosecuted. If Kapil Mishra also has his hands, he will also sue him.

In fact, Kapil Mishra, who took to the road against the road closure in Zafarabad and Chand Bagh after Shaheen Bagh on January 22, threatened that the Delhi Police should evacuate the roads within three days.

Mishra recently said, “After US President Donald Trump’s visit to India till going back, we are going peacefully from here, but if the roads are not cleared in three days, then we will again hit the streets. After this, we will not listen to Delhi Police.”

And, violence erupted after Kapil Mishra’s this statement.

BJP MP Gautam Gambhir : Be it Kapil Mishra or someone elsestrict action should be taken against whoever provokes
0 107
Share FacebookTwitterGoogle+ReddItWhatsAppPinterestEmail