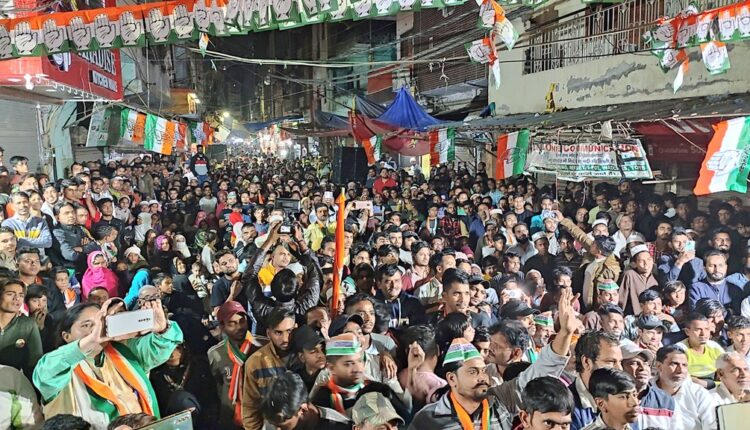 NEW DELHI, November 25, 2022—Delhi Pradesh Congress Committee president Ch. Anil Kumar said that it was shocking that the name of Deputy Chief Minister Manish Sisodia, who is also the Excise Minister, has been omitted from the charge-sheet filed in the court by the Central Bureau of Investigation (CBI) in the Liquor Scam, though Sisodia was accused  No I in the FIR filed by the CBI in the case, as BJP is scared that their own leaders, involved in the  liquor scam corruption, will  face the heat.

Addressing election meetings of Congress candidates at various wards, Ch. Anil Kumar said that if the CBI tries to save Sisodia and BJP leaders involved in the Liquor Scam, then Delhi Congress will be compelled to approach the court to ensure a fair trial of all those involved in the liquor scam, which has caused loss to the tune of  thousands of crores to the Delhi.

Ch. Anil Kumar said that though the chargesheet named seven people who were accused in the case, including Aam Aadmi Party’s Communications In-charge Vijay Nair and Hyderabad-based businessman Abhishek Boinpally, the decision to exclude Sisodia from the charge sheet shows that the BJP and AAP were in collusion to save Sisodia, as otherwise Aam Aadmi Party will be wiped out from the MCD election scene as people’s resentment against AAP has been visible in every MCD ward.

Ch. Anil Kumar said that Delhi Congress has often said that AAP was the B team of the BJP, as Kejriwal was only implementing the RSS agenda to be BJP’s proxy, which has been validated with the exclusion of Sisodia’s name from the CBI charge-sheet in the Liquor Scam case, at the behest of the BJP leadership.