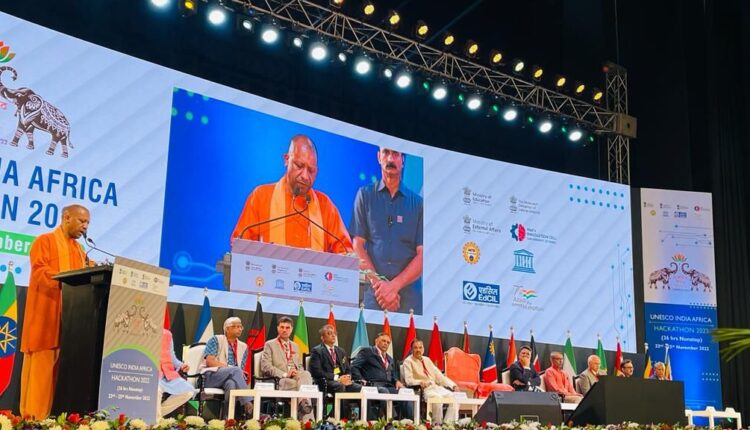 Greater Noida, 22nd Nov: UNESCO India Africa Hackathon was inaugurated at Gautam Buddha University with a grand opening ceremony. The program is extensively focused upon promoting engagement and collaboration of the student communities in India with the communities of African nations to develop ingenious and out-of-the-box strategies to tackle the problems faced by mankind.

A flag parade by the contingents of all participating countries marked the beginning of the opening ceremony. Each country’s contingent was introduced by the master of ceremony and detailed information about the respective country was shared with the audience. The crowd cheered and encouraged the contingents while they marched past the dignitaries. 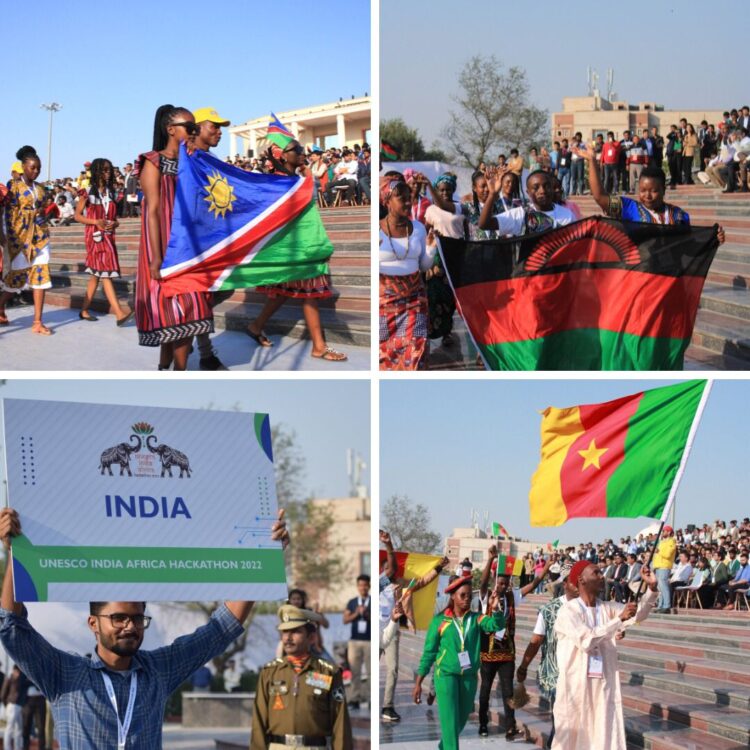 Speaking on the occasion, Chief Minister of Uttar Pradesh Yogi Adityanath mentioned about the strong historical ties between India and African countries. He went on to thank Prime Minister Narendra Modi for choosing UP as venue for this one of its kind initiative in the world. He further added that this event will take India Africa relations to a new level. He mentioned that we are one of the leading nations in the realm of start-ups and invited delegates to visit the place of cultural and historical importance in Uttar Pradesh. While welcoming the African students, he beckoned them to be a part of startups and innovation culture here in India. He also invited students to study in India and be India’s innovation partners. He concluded by extending his best wishes for a successful UNESCO India Africa Hackathon. 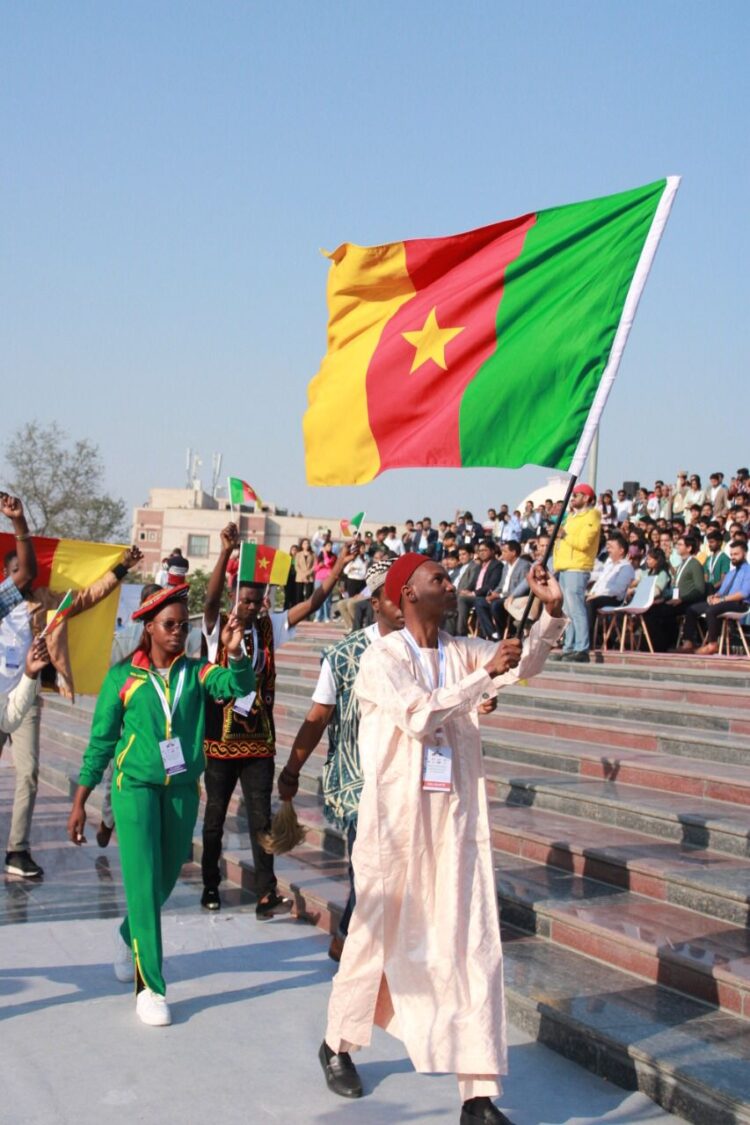 Lighting of lamp and Saraswati Vandana was followed by a spectacular cultural programme. The highlight of the ceremony was, ‘Vande Mataram’ sung by African students that won the hearts of one and all. The ceremony closed with the vote of thanks by VC, Gautam Buddha University, Prof. R K Sinha.

BIMTECH cherishes its 35 years of heritage with Alumni Meet ‘Reflections…