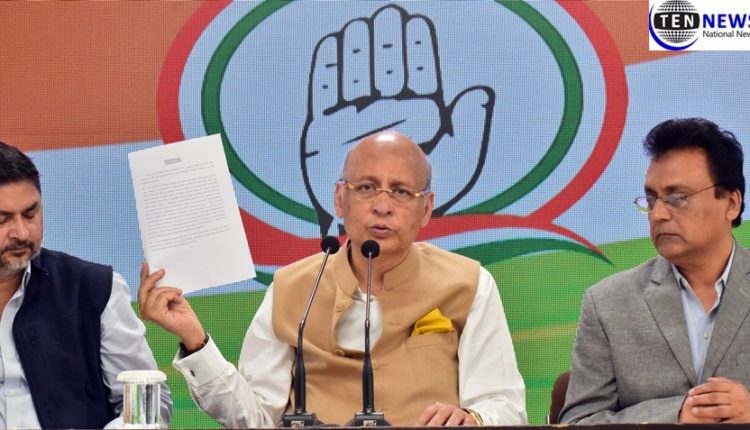 Congress baffled on Ravi Shankar’s statement, Says- Harmony and Equality were given priority in our Rajdharma

New Delhi (28/02/2020): The Congress and BJP are constantly firing arrows at each other over the Delhi violence. In the same phase, the Congress retaliated after the BJP targeted Sonia Gandhi, claiming on Friday that equality and harmony were valued in Rajdharma during the Congress regime, while prejudice and divisive mentality dominate the BJP regime.

The Congress tweeted and said, “Indira ji, Rajiv ji, Manmohan Singh ji’s Rajdharma, was the Rajdharma in which equality, harmony was preferred and there is bias in what you are doing; There is divisive mindset. So it is important that you follow Rajdharma. ”

At the same time, party spokesperson Abhishek Manu Singhvi retorted on Law Minister Ravi Shankar Prasad that if opposing NRC is anti-national then the BJP government should arrest such people. “We say NRC is unconstitutional,” he said. “Is this causing excitement or is it anti-national? If you feel that, then arrest us. ”

Congress’s chief spokesperson Randeep Surjewala tweeted, “Respected Ravi Shankar Prasad ji, before imparting knowledge on NPR to the country, why don’t you implement it in Bihar, where you are an MP?”