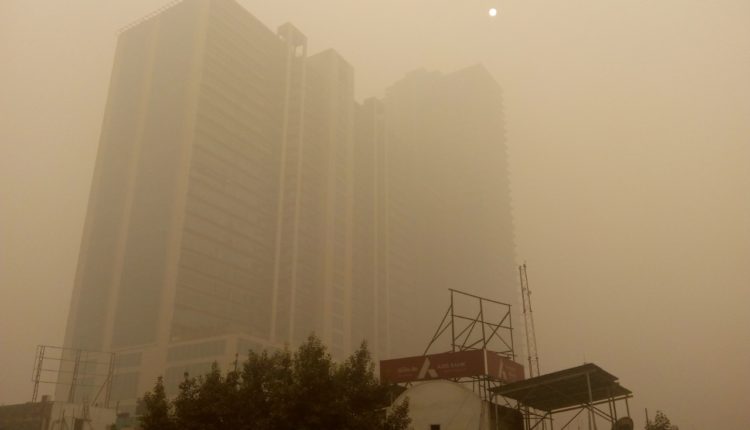 A day after Diwali, Delhi residents woke up to a further spike in air pollution as the city continued to remain engulfed in a blanket of smog, the air quality index in ‘severe’ and ‘very poor quality’ at several places on Sunday morning.

The areas around ITO were seen covered in heavy smog and the Air Quality Index (AQI) stood at 461 here, according to the Delhi Pollution Control Committee (DPCC) data. Very poor visibility was observed in areas around Civil Lines, Geeta Colony and ISBT today due to the pollution surge.

The air quality dipped to “severe” at several places across the national capital on Saturday night itself owing to a combination of stubble burning and firecrackers burst during the Diwali celebrations in violation of a ban on the same.

The AQI is forecasted to deteriorate further and reach the ‘Severe’ category by Sunday evening.

” AQI is forecasted to deteriorate further and reach the Severe category by evening today. The stubble burning induced impact in AQI is expected to increase from moderate to high for today. Although the level of PM 2.5 is predicted to be at the edge of ‘very poor’ to ‘Severe’ by tonight, it is expected to be much better as compared to the past 4 years around the Diwali period with an assumed scenario of NIL firecracker emission,” as per the System of Air Quality and Weather Forecasting And Research (SAFAR).