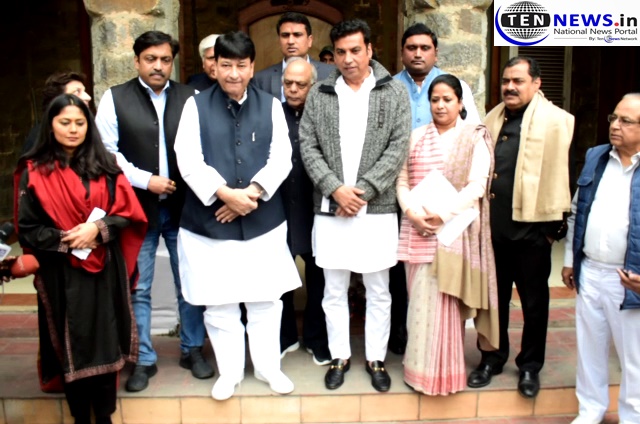 Their main moto was to remove the false texts system generated by AAP which is forwarding text to the voters regarding their vote deletion.

Haroon Yusuf after the meeting addressed media and said,

“We have all discussed regarding the anonymous text system and now election commission will be campaigning with the help of television commercials and other advertisement forms to spread the awareness about this anonymous texts that is breaching the privacy of voters. Many of our people approached us after receiving these messages and after a survey it was confirmed that AAP is forwarding these texts to the voters whose names were not even touched. This false initiative by AAP should be stopped as early as possible.”