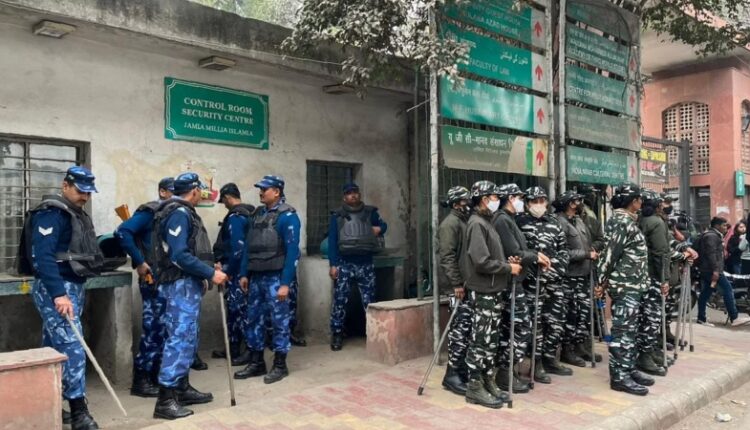 New Delhi (India), 25th Jan 2023: Four students of Jamia Millia Islamia University were detained by the Delhi Police on Wednesday for allegedly creating a ruckus outside the campus over the screening of a BBC documentary on Prime Minister Narendra Modi.

The university has issued a statement reiterating that no meetings of students or screenings of any film will be allowed on the campus without prior permission from the administration.

The university said it is taking all measures to prevent people from destroying the peaceful academic atmosphere on campus.

The development comes after the left-affiliated Students’ Federation of India (SFI) announced that it will screen the controversial documentary on the Jamia Millia Islamia campus at 6 p.m.

The SFI’s Jamia unit had also issued a poster informing the documentary will be screened at 6 pm at the MCRC lawn gate no 8.

Yesterday, a similar screening was organized at the Jawaharlal Nehru University (JNU), during which students claimed that power and the internet were suspended and stones were thrown at them.