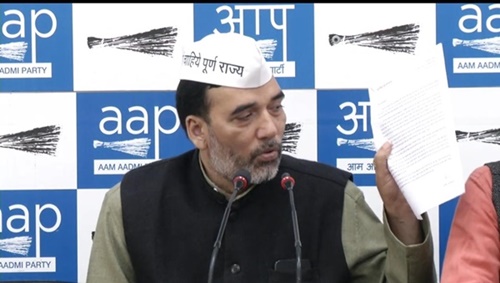 The AAP has already constituted 1000 teams for the door-to-door campaign from March 10 and make people aware of the statehood issue.

“The full statehood demand will be the party’s prime focus for the upcoming Lok Sabha polls. Our teams will go to every area in the city to tell the people about the injustice being done to the city,” AAP leader Gopal Rai told the media while unveiling Kejriwal’s letter.

“Our people will take this letter and the pamphlet and will approach the citizens.”
In the letter, Kejriwal said: “The BJP and Congress had made promises of a statehood for Delhi. But both the parties cheated the city and its people. AAP is your own party. If our MPs are elected, they will get full statehood for Delhi.”