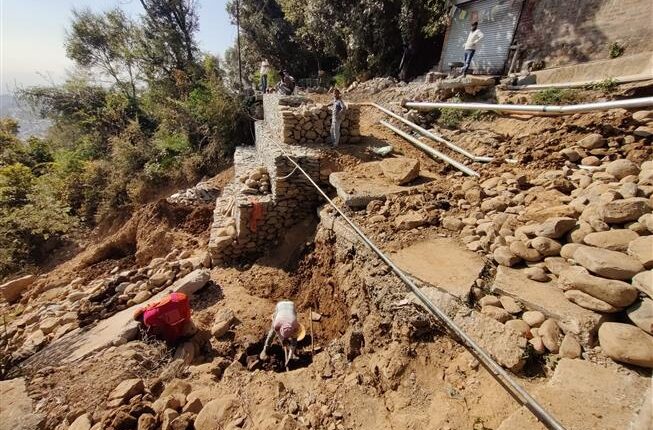 Dharamshala (Himachal Pradesh), 12th Jan 2023: Geologists have warned that McLeodganj in Dharamsala could be the next Joshimath after the latter was declared an unsafe zone due to subsidence.

A.K. Mahajan, a professor of environmental sciences and geologist, said it was high time the state government and local administration took steps to prevent a Joshimath-like situation in McLeodganj. Mahajan highlighted that landslides in McLeodganj had become common, with the main road leading from Dharamsala to McLeodganj sinking at many places.

Moreover, a portion of the Khara Danda road, an alternative link to McLeodganj, also caved in during the monsoon this year and was under repair.

He further suggested that the district administration create a proper drainage system in McLeodganj and also stop the plying of heavy vehicles on the main Dharamsala-McLeodganj road.

Mahajan had earlier conducted a scientific study that put many zones in Dharamsala, including Tirah Lines, Barakoti, Kajlot, Jogiwara, Dhial, Gamru, and Chohla, under the category of “active sliding zones.”

Experts have warned that construction should not be carried out in the active sliding zones of the city as it could threaten life and property.