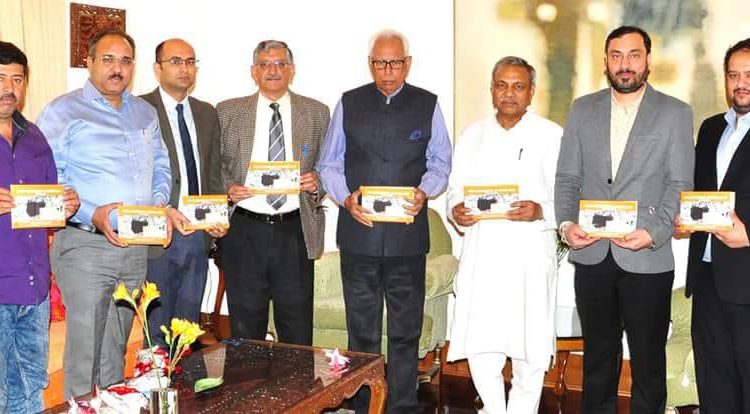 SRINAGAR: Governor N. N. Vohra released Shri Amarnathji Yatra Guide Book-2018 which has been brought out by Tourism Federation of Jammu (TFJ), at the Raj Bhavan today. This Guide Book provides useful information for assisting the intending pilgrims to Shri Amarnathji Yatra about various matters relating to the pilgrimage which commences on 28th June 2018.

This year’s Guide Book contains useful information in both Hindi and English languages. Interalia, it provides information in regard to the Police Helpline; auspicious days falling during the Yatra period as per the Hindu religious calendar; details of Shiva Tourism Circuit; copies of the application forms for securing Advance Registration and Compulsory Health Certificate for the Yatra.

For benefiting the largest possible number of Yatris, Governor suggested wide circulation of the Guide Book, throughout the country, and offered certain suggestions to make it more useful for the intending pilgrims. The delegation made certain suggestions for further improving arrangements for the pilgrimage.

Present on the occasion were Dr. Surendra Kumar Jain, All India Joint General Secretary, Vishwa Hindu Parishad; Rajesh Gupta, Chairman TFJ, and Executive Members of the TFJ. The Shrine Board was represented by Umang Narula, Principal Secretary to the Governor and CEO Amarnathji Shrine Board (SASB) and Bhupinder Kumar, Additional CEO SASB.