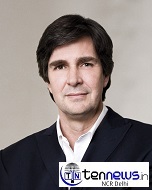 EIL values natural resources and the importance of using them in a sustainable fashion. And with Green at the core, EIL offers solutions which protect our environment and thus contribute to the overall welfare of our citizens.  These values form the core of EIL’s vision for smart cities.

Commenting on his decision to come to India and join Essel Infra Mr. Perry said, “With the Indian Government announcing it’s mission to build 100 smart cities, I see exciting times ahead for professionals like me, who has been working in the field of building sustainable cities around the globe for almost three decades.   I am particularly delighted to join a forward looking company like EIL which is India’s only integrated smart city developer and has the vision and demonstrated capabilities to develop sustainable smart cities of the future. I not only want to bring best practices from around the world to India, but to make Indian cities a globally leading model for human focused sustainable development. ”

Mr. Perry has 3 decades of experience in urban planning, designing and developing smart cities across the globe and has a long exposure to Asia-Pacific market.  Prior to joining EIL, Mr. Perry worked as an Executive Director, Asia-Pacific, at AECOM, one of world’s leading fully integrated technical service firm which designs, builds, finances and operates infrastructure projects across the globe.

Mr. Perry has practiced in Asia, Europe, North Africa, the Middle East, Brazil and North America.  Projects he has led include;  the smart ARQ district development strategy in Hong Kong,  the 250 hectare Miasteczko Wilanow district in Warsaw, the Corvin Promenade urban regeneration in Budapest and an award winning conservation strategy for 8,000 Km2 of the Amazon Rainforest. He was the lead international consultant for the winning Clark Green City strategy in the Philippines and for two of the first round qualifying Indian Smart City projects.

He has also played the key role in the creation of Porto Montenegro, the re-development of the Gdansk Solidarity Shipyard site and in establishing a regeneration strategy for historic Shantou, China.  He began his career planning and designing key components of the Barcelona Olympics

Mr. Perry who has earned the top honors from the Urban Land Institute (ULI), ISOCARP, FIABCI and the International Academy of Design and Health. He received distinctions from Architecture Review and the Guangzhou Awards for Urban Innovation, has also coordinated an Emmy Award winning Smithsonian film on Japanese Gardens.  Mr Perry was the head of the Jury for the coastal master planning extension of Shantou, China and has organized multi-disciplinary urban design exercises for his students at MIT, Harvard and the University of Hong Kong, throughout the world, including in India.

Mr. Perry holds two master degrees from Harvard University where he graduated with distinction. He has received fellowships from the Urban Land Institute, the Skidmore, Owings and Merrill Foundation. Mr. Perry first traveled to India in 1988 with a Harvard – Druker Fellowship.

The Essel Group is among India’s most prominent business houses with a diverse portfolio of assets in media, packaging, entertainment, technology-enabled services, infrastructure development and education. The Group started business in 1976 with a commodity trading and export firm. Today, Essel Group of Companies is a vast conglomerate of Media, Technology, Entertainment, Packaging, Infrastructure, Education, Healthy Lifestyle & Wellness, Financial Services and Precious Metals with worldwide operations and a workforce of over 10,000 dedicated employees.

One of the fastest growing companies having diversified interests in infrastructure projects, Essel Infraprojects Ltd. Is a successful venture by the Essel Group with 3 SBUs & 6 business verticals comprising of order book value USD 3.5 billion and a National footprint in more than 14 states and across 52 cities. We aspire to contribute to India’s growth story by investing in key infrastructure initiatives. The company has embarked on an exciting journey to transform the façade of our nation with significant infrastructure projects.