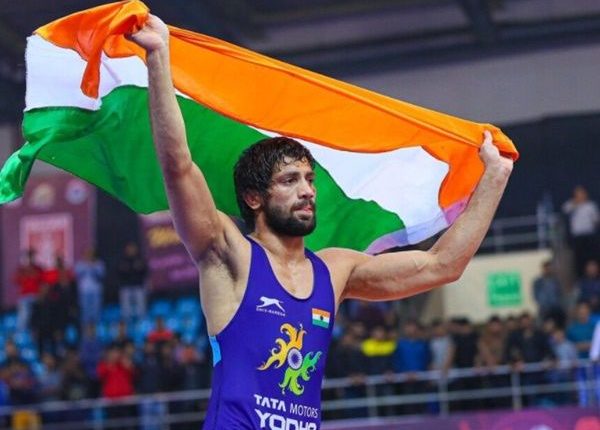 Tokyo, August 5: Ravi Dahiya might have won a silver medal in the ongoing Tokyo Olympics but the Indian wrestler isn’t satisfied with his performance in the Games.

Ravi had to settle for silver after going down against the Russian Olympic Committee’s (ROC) Zavur Uguev in the men’s 57 kg freestyle category at the Tokyo Olympics.

“I’d like to thank people of the country for praying for me. I am happy but not satisfied as I came here for gold. Our federation had many hopes from me that I will win gold as we have won silver on earlier occasions too,” Ravi told ANI

“Brij Bhushan Sharan Singh ji (Wrestling Federation of India president) has also come here for boosting our morale and he had hopes from me. I gave my 100 per cent but it wasn’t enough and I apologise.

“I will work hard more to make India proud. I also thank my coaches me and our federation who have supported me,” he added.

Talking about Ravi’s game, despite starting off cautiously Russian Olympic Committee’s (ROC) Zavur Uguev got off to the mark and doubled his lead within seconds against the Indian wrestler.

Ravi might have equalled the scoreboard at 2-2 but Uguev showing off his immense power again took the lead as the Indian wrestler trailed 4-2 after the conclusion of the first period.

Uguev came firing on all cylinders and further extended his lead as he gave no chance to Ravi to dominate the game.

At one point, Uguev was leading the match 7-2 when Ravi earned two more points to come close to his opponent but ended up losing the match.